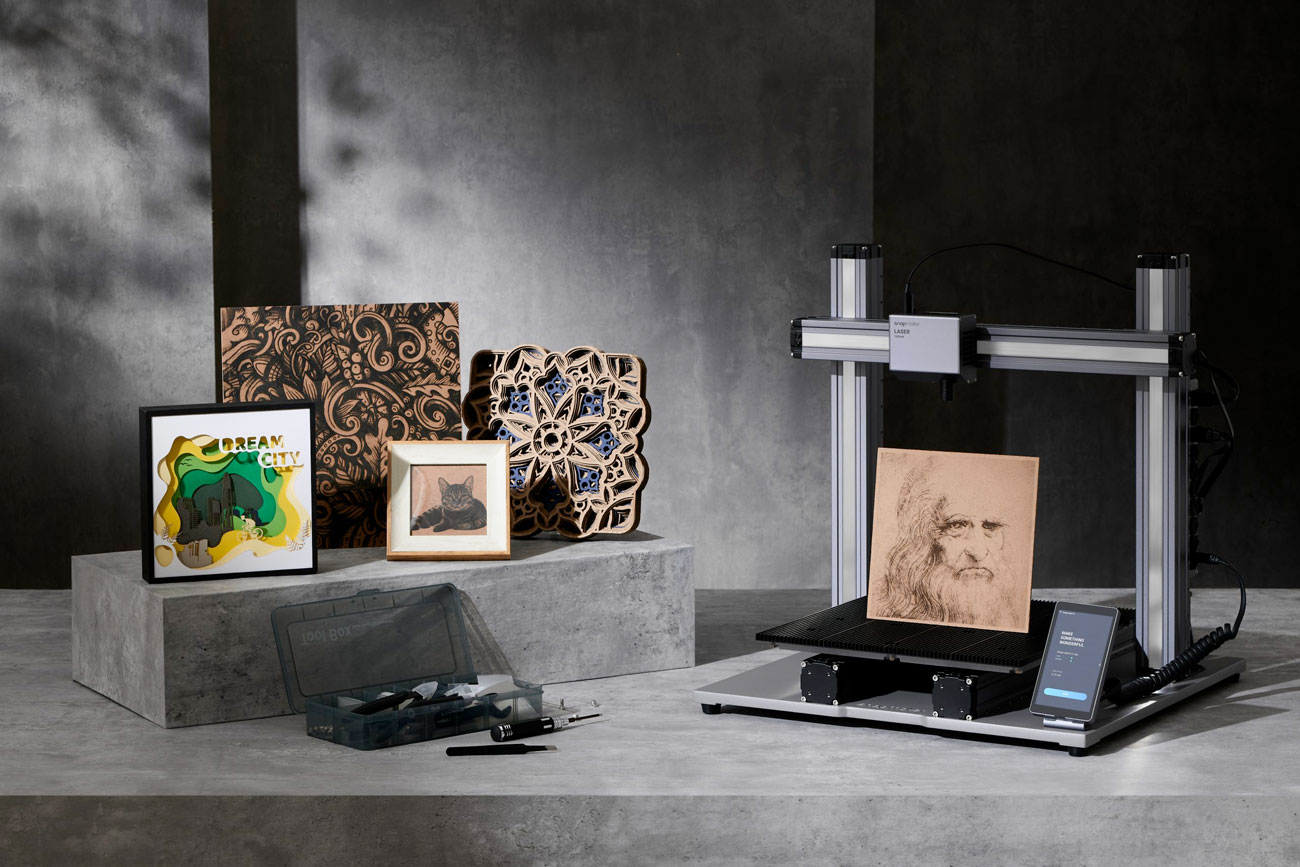 The manufacturer first introduced a 3-in-1 3D printer on Kickstarter in 2017 and set several records on the crowdfunding platform. In 2019, the company outperformed the second version of the device on Kickstarter, raising more than $7.8 million.

Both versions are further developments of Snapmaker 2.0. One of the main concerns of users so far has been the size of the device. There were already improvements in version 2.0 with a new chassis, but now the power unit has also been improved. A quieter fan is now integrated, reducing the noise level by about 16 dB. In addition, the fan no longer runs at full speed, but reacts to the temperature in real time.

The second update for the new models is a newly developed cooling system and a quick release mechanism for the hot side. This should improve printing efficiency and consistency. Snapmaker has improved the printer motion control algorithm to address the layer loss problem in high speed printing. According to Snapmaker, an improved cooling system helps the AT and F models achieve the same print quality at much faster speeds.

The third improvement in the latest 2.0 models concerns the linear module, in which the company has integrated the TMC2209 stepper motor chipset to achieve an “ultra-quiet” working environment during operation. The inclination of the spindles on the X and Y axes has also been increased from 8 mm to 20 mm without affecting accuracy.

With the above upgrades, the Snapmaker 2.0 AT and F models will maintain around 50dB of noise during operation. 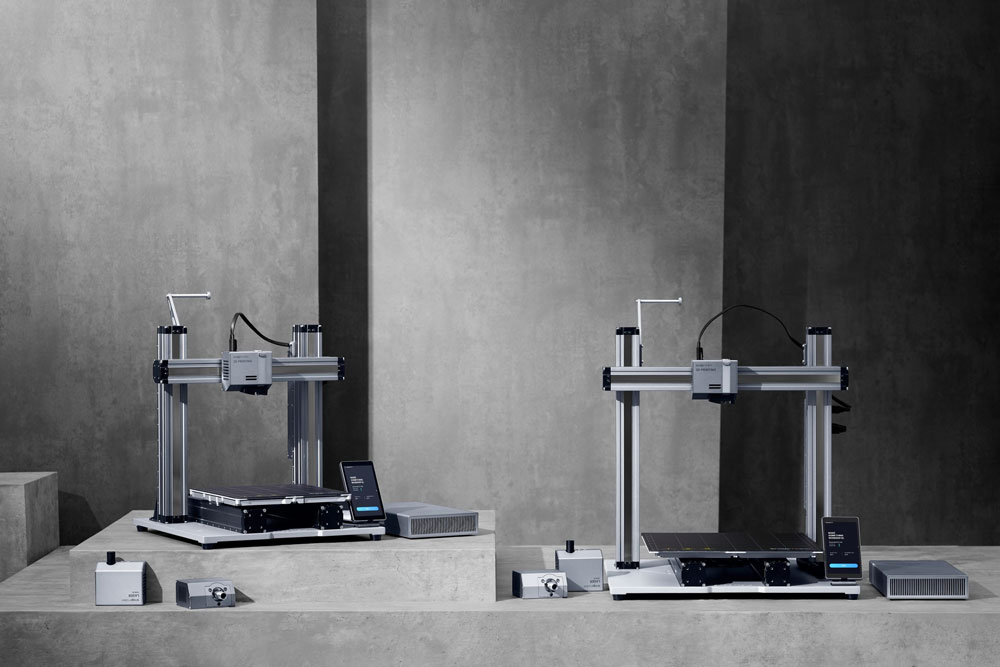 According to Snapmaker, the A350T and A250T are perfect for beginners who are just getting started with 3D printing. With the hardware interchangeable modules, users can not only 3D print their designs but also enhance them with laser engraving, cutting and milling. The printers’ modular design allows tool heads and platforms to operate in their own way while using the same mounting positions and methods, meaning changing jobs on the A350T and A250T is quick and easy.

Snapmaker has adapted CAN bus expansion for machines so that the A350T and A250T models can support different units and additional hardware. In order to unlock a wide range of applications, AT models can be customized with housing, rotary unit, emergency stop switch, CAN axle and Snapmaker air purifier, with more expansions planned in the future.

The A250T offers a work surface of 230 x 250 x 235 mm, while the larger A350T is equipped with a worktop of 320 x 350 x 330 mm. Both devices work with Snapmaker’s Luban software, which has a plugin and API that users can use to develop new functionality for their custom modules.

Aside from modularity, 3D printing features of AT models include automatic print bed level control, a filament leak sensor and an improved cooling system to improve printing efficiency and consistency. 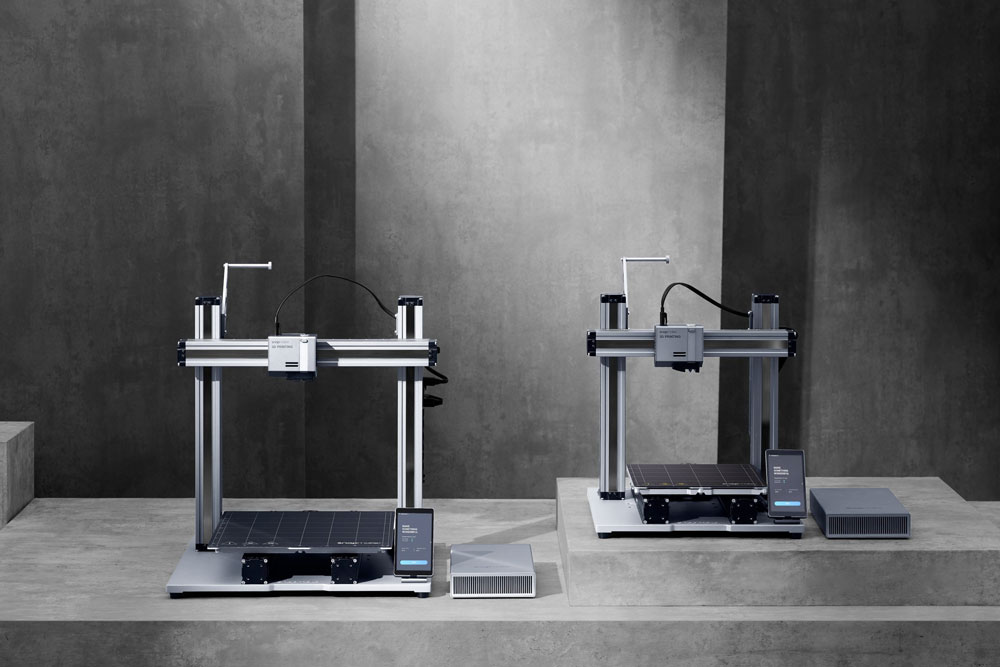 While the Snapmaker 2.0 F models initially only had a 3D printing function, the hardware is expandable and can be converted into a 2-in-1 or 3-in-1 3D printer depending on the user’s wishes. The cooling system and motion control algorithm of the F models are optimized to enable fast and accurate 3D printing of large projects.

The F250 and F350 also work with Luban software customized by Snapmaker and come with a number of features similar to the AT models, including a 5-inch touch screen with easy navigation, flexible paper printing, automatic leveling, and WiFi connectivity.

Did you find an error? Or suggestions and additions? Please send us a message.

Waymo is testing automated vehicles on the streets of San Francisco

Almost all Lufthansa Business & Senator lounges can now be accessed...

Every second German he has never heard of the word “blockchain”