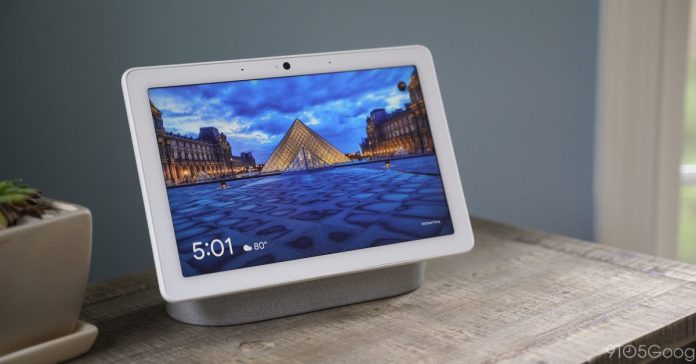 During the keynote at last week’s Google I/O conference, the company Officially Announced Look and Talk Feature for Nest Hub Max and Follow us. Now, a few days later, this feature appears to be widespread.

Now available in the Google Home app via a server-side update, Nest Hub Max owners can turn on Look and Talk, which allows the built-in camera to recognize your looks and activate the microphone for commands without the “Hey Google” hot word. “.” The feature is internally named “Bluesteel”, a Very hilarious little joke on the inside little.

This feature is currently disabled by default, but it is relatively easy to enable. To do this, go to the Google Home app, then the Nest Hub Max, then Settings for this device. Under Recognition and Sharing, the feature is located in the Face Match menu. Just go to setting to turn it on.

While the feature is enabled, Google will provide some additional details about how the feature works. This male extends over 5 feet. You need to be 5 feet away for the microphones to work. Google also duplicates Face Match and Voice Match to ensure everything works.

In our testing, Google’s brief explanation certainly seemed to match how the feature works. I’m standing in the middle of my kitchen, maybe two meters away, microphones off. The microphones began to be heard as I approached the table, about 4 feet away.

FTC: We use affiliate links to generate revenue. more.

Apple launches a free tutorial on how to draw yourself as...