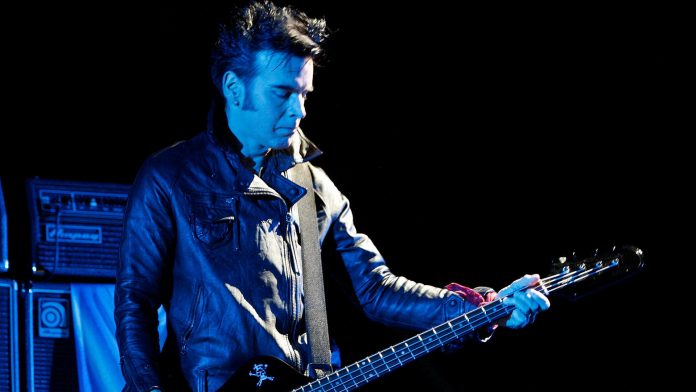 “It is with a sad heart that I am no longer a member of The Cure,” Simon Gallup announced to his fans. In a comment he also talks about betrayal.

Simon Gallup announced his departure from The Cure on his private Facebook profile, which became publicly available last weekend. He was “with a heavy heart and is no longer a member” of the group. After more than 40 years together, the bass player is turning his back on the other members. He didn’t explain exactly what green is for this, but the 61-year-old gives a hint.

One music user in the comments to the exit notice asked if he was okay and wanted to know if his decision was made for health reasons. Gallup replied, “I’m fine…just sick of betrayal.” It didn’t go any further than that.

Singer Robert Smith and the rest of the band have yet to comment on the matter. Keyboardist Roger O’Donnell can hint at the end of his fellow Twitter user: “A friend just told me he saw lol at the guitar center buying bass?” This probably refers to Lol Tolhurst, founding member of The Cure, who left the band in 1989 and only returned for a few concerts in 2011.

“Heart of the live band”

Gallup was part of the band from 1979 to 1982 and from 1985 until the previous weekend. How things will proceed from now on is uncertain. If Gallup left the group, Robert Smith said in an interview with The Irish Times in the summer of 2018, “it wouldn’t be called The Cure.”

In 2019, Smith also told music magazine NME, “For me, Simon has always been the heart of the live band and has always been my best friend.” Gallup is often overlooked for not giving interviews, but he is “crucial in what we do,” Smith continued. Smith said he and Gallup had a hard time, but had always had a “very strong friendship,” adding that “something really unusual” had to happen to break that friendship.

“Alpha” on ZDF in Broadcast and Television: Action Movie Premiere