Home entertainment ‘Kitchen is Impossible’ with a regional twist: Maltsers have to harvest the... 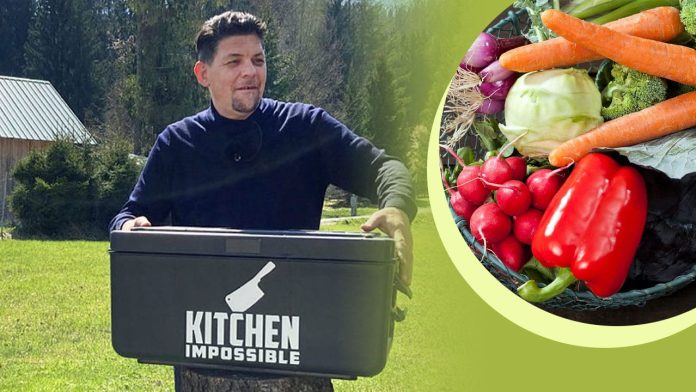 Radical regionalism – This may not have been the way TV chef Tim Malzer, 51, imagined his brief culinary journey to the Swabian Alb.

His opponent, food activist Hendrik Haas, 37, sent him to organic chef Simon Tress, 39, on Sunday night for a gourmet duel from “Kitchen Impossible” (Vox). Instead of rushing through the supermarket there, Mälzer had to warm his hands in the field.

As always in a culinary duel, Malzer was presented with an unknown dish that he was supposed to cook without a specific recipe or ingredients. His challenge at Gasthaus Rose: Risotto with fermented cabbage and cabbage puree with rapeseed oil with carrot greens and joss.

Twist: The restaurant gets the majority of its ingredients from a maximum range of 25 kilometers – this rule also applies to barley. Above all, it meant letting go of the TV chef, because the supermarket was a taboo. Malzer even had to harvest his ingredients himself.

Not in an organic mood! The chronically annoyed connoisseur grumbled: “Nothing goes against regionalism, but not everything makes sense to me. If I have to cook a piece of grain like that, I don’t enjoy it.”

Think! Because although the job was a bit annoying for the big-mouthed TV chef, he developed a great joy in the job – also because Simon Tress taught him the vital art of cooking with the patience of an angel.

“He showed me the beauty of growing vegetables,” Malzer even said.

Than because of the “grain rag”! Maltster and organic – that fits!

The chef developed the basic recipe further and amazed not only those who took the test with his green oil, but also the chef. Triss admitted, “That was definitely prettier than me. I think I’ll take care of that.”

The result was correspondingly high. Malzer beat Haas by 14.8 to 11.5. It seems as if the maltsters and their biodynamic way of life are still getting a green bough…