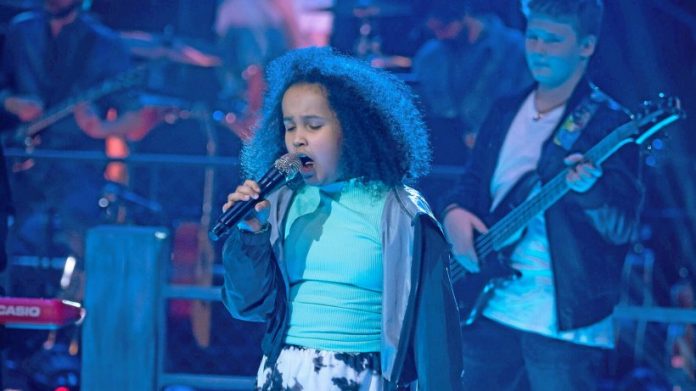 Rahel achieved this with her performance in Billie Eilish’s “Bad Guy”. Ten-year-old Bredenbrucher entered the final with Fast-Pass of the TV show “The Voice Kids” on Saturday. And that next week, on Sunday, April 25. Special achievement: After all, Rachel had to take on an older squad and girl.

It is an emotional moment: Rachel accepts the rapid passage and tears of joy in her eyes. In recognition of her talent and work on her voice. The Bredenbruchin family has only been taking singing lessons for two years, but she is “extremely ambitious”, stated singing teacher Nina Dehami of the “Ballet Meet Pop” ballet and singing school.

Rachel had already won all four coaches on Saturday 1 in the Blind Auditions – at the time with the song “Control” by Zoe Weiss. In the end, I decided to pick “Fanta”, Michi and Smudo.

In the fights, Rachel appeared on stage with 13-year-old Jessica and the band The Rocket Band. Together, they perform Billie Eilish’s “Bad Guy” in a special edition. In the first moments it feels like a song – then it gets louder. Coaches are passionate about all areas.

But in the end, Fantas gave the green light to leave. And Icing On The Cake: Swipe To The Final. Even Miché and Smudo kneeled in front of the ten-year-old for this. “You have to bow to a sound like this,” says Michi.


See also  Matthias Schweigofer slashes the coffers in the Netflix trailer for prequel "Army of the Dead" KINO.de

“Celebrity Big Brother”: Aoi receives a visit from his wife –...