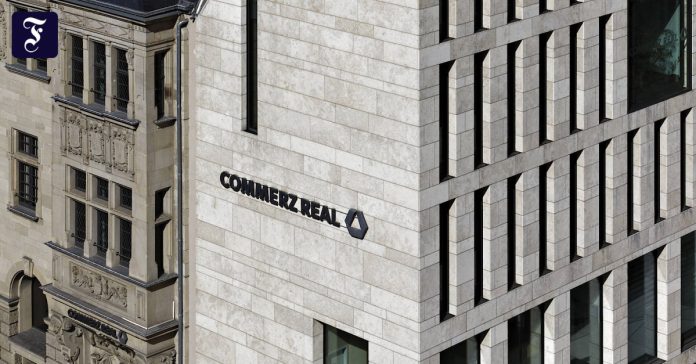 GAbriele Volz, who only served as CEO of Commerz Real AG at the beginning of January and who had accommodated 730 employees, left the position at the Commerzbank Fund Company at the end of April. The reason for the sudden separation is outlined in a press release as Commerz Real’s “differing perspectives on management and future strategic direction”. According to reports, it was “not a good fit” between Volz and its parent company Commerzbank as well as on the Board of Directors of Commerz Real itself, and the Supervisory Board has already arranged a successor.

Knove becomes a member of the Supervisory Board

The Supervisory Authority appointed Henning Koch, 43, who has been in charge of transactions and asset management in the board since April 2020, as the new CEO effective May 1, 2021. Koch came to Commerz Real in Wiesbaden from Credit Suisse in 2017. It is considered a company. Fund and Leasing, known for its Hausinvest real estate fund, is one of the few growth areas of the Commerzbank Group. The 730 employees will be spared from the downsizing, while at Commerzbank AG and the former Comdirect every third (9,000 of 25,000) will be lost by 2024. At the same time, Commerzbank appears to be tightening its controls. Manfred Knauf has been elected the new CEO of Commerzbank to a member of Commerz’s True Supervisory Board.

It’s been rocky at Commerz Real since Andreas Muschter surprisingly switched to fintech in April 2020 after seven years as CEO and four years as CFO. Meanwhile, Johannes Anschott, who took over the presidency on a temporary basis, has moved to Bayern LB. With Falls, who joined HVB Financial Corp in January, things seemed to be steady. But at the end of January, Sandra Scholes, who has been on the board of directors since 2017, quits Comers Real without many farewell words. Now Falls is going too – at surprising speed.