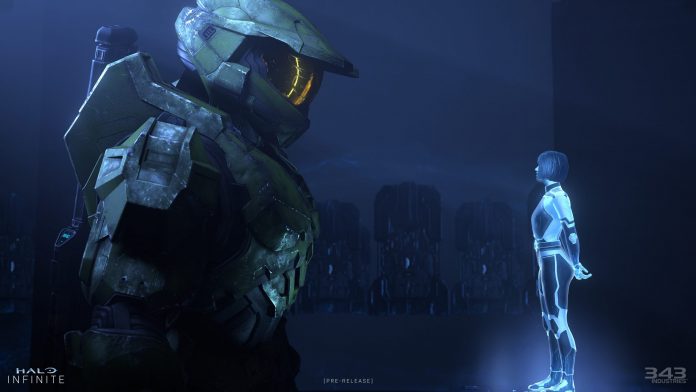 The multiplayer characters in Halo Infinite Seasons will have an important and active role in the universe, according to Joseph Staten.

As the weeks countdown to the release of Halo Infinite begins, 343 Industries has kept the community abreast of all the big new features coming to the multiplayer game. A recent Inside Infinite post talks about what content to expect in each season. We already know that Season 1 is based on Reach, but Chief Creative Joseph Staten said it would be the start of a long journey for your multiplayer character.

“Heroes of Reach” is the name of the first season and the goal is to introduce your character to the universe. “Customizing your character, and making your Spartan look and sound exactly the way you want it to be, is a huge part of the journey. Plus, track your victories and setbacks or interact with your friends and foes on the new and improved Halo waypoint. But your journey is more than that.”

“At the center of our plans is the goal of getting your multiplayer character deeply rooted in the larger Halo universe and giving them an important and effective role in the rest of Halo history. How exactly are we going to do that in the coming seasons and years… Well, we’re not ready to reveal the details yet. But I can say we’ve chosen Heroes of Reach as the theme of the season for very specific reasons: Reach has a rich history; it is a prime location of the ancient Spartans and a focal point for a new generation of Spartans who are preparing to face the dangers and secrets of a galaxy that has radically changed since the events of Halo 5.”

The “story” sees the player entering a “transformation moment” so to speak in the franchise’s story as it passes from “one generation of heroes to the next.” At that moment, your multiplayer hero is waiting behind the scenes, armed for battle and ready to enter the battle. “Their epic story has yet to be told,” says Staten.

Continuing stories in multiplayer titles aren’t particularly new – see Apex Legends and Overwatch – but this will be one of the few games where the player character will be part of their own story across multiple seasons.

Halo Infinite is expected to be released this year for Xbox Series X/S, Xbox One and PC and will be available on Xbox Game Pass from day one.

See also  The package is finally in stock on Amazon?

The new free game of Christmas promotion is now available