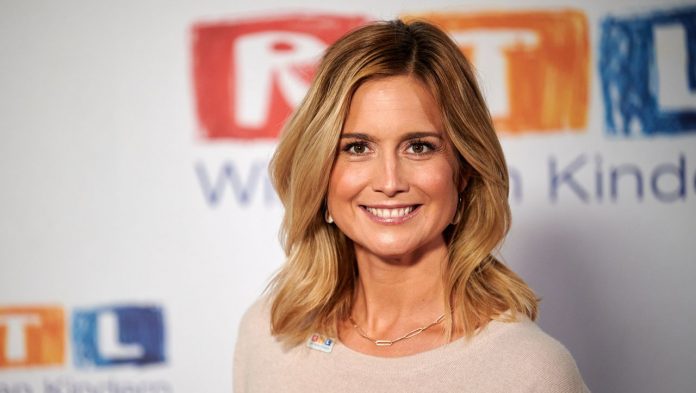 When Susanna Olin reported on the cleaning work in Bad Munsterville for RTL radio, her face was stained with mud and all over her clothes. She clearly wanted to give the impression that she had helped. But video recordings show Ohlin smearing himself with mud. Now she has apologized for her behaviour.

She wrote on Instagram: “On Monday in the flood zone in front of the switch Jotun Morgen, Deutschland I made a terrible mistake. Having already helped especially in the area in the previous days, I felt ashamed in front of the other assistants that morning to be in front of the camera at the top clean. Then, without thinking twice, I smeared my clothes with mud. As a journalist, this should not have happened to me. As someone who cares about the suffering of all those affected, it happened to me. I’m sorry.”

An anonymous video previously surfaced in which Ohlen and her TV team can be seen standing amid rubbish and rubble, presumably waiting to start filming. At one point Ohlen bends down, reaches into a puddle of water and apparently spreads dirt all over her face. The impression arises that she deliberately made herself sloppy for the sake of the television images to appear personally affected.

RTL considers images from a home to be credible and wants to get to the heart of the claims internally. Our reporter’s approach is clearly at odds with journalistic principles and our own standards. “We put it on leave on Monday after we heard about it,” an RTL spokeswoman said on Thursday. was before “picture” And the «tz» mentioned.

Ohlin also serves as a presenter for RTL magazine “Guten Morgen Deutschland”, where the report was broadcast from the flood areas.