Home World Shark fin caught by the box: in Asia it is considered a... 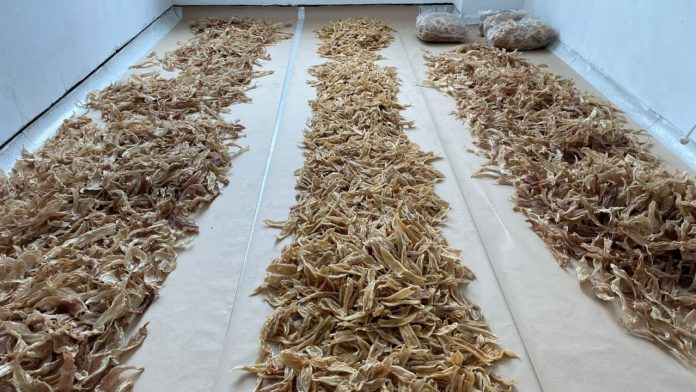 Sharks are the rulers of the seas. But they have no chance against the barbarism of some people.

Bogota – Authorities in Colombia confiscated thousands of shark fins at the Bogota airport. They were apparently supposed to be transferred to Hong Kong. In Asia, the fins of mighty animals are a culinary specialty and are also used in traditional medicine.

The Colombian Ministry of Environment said that about five boxes containing 3,493 fins of several species of sharks and 117 kilograms of swimming bladders were to be transferred to Hong Kong. The animals are believed to have been caught through illegal hunting.

At the exact amount, between 900 and 1,000 heads are expected to be killed. The authority said that the sharks are from one to five meters in length.

Shark fishing has been banned in Colombia since 2020. However, smugglers continue to catch sharks, cut off their fins, and throw the mutilated animals back into the sea, where they die in agony.

The fin trade is noteworthy: in Asia, prices of up to US$700 (€600) are achieved per kilo, and the estimated commercial value of fins and meat annually is nearly $1 billion (about €850 million) – with a high number of unreported cases.

Absurdity: Shark fin soup, considered a delicacy in Asia, is actually chicken or beef broth, and the ground fins of sea predators have no taste of their own. They are added only because of their supposed healing properties – and to thicken soups.

See also  Cheryl Johnson: This woman is taming election chaos in the US Congress