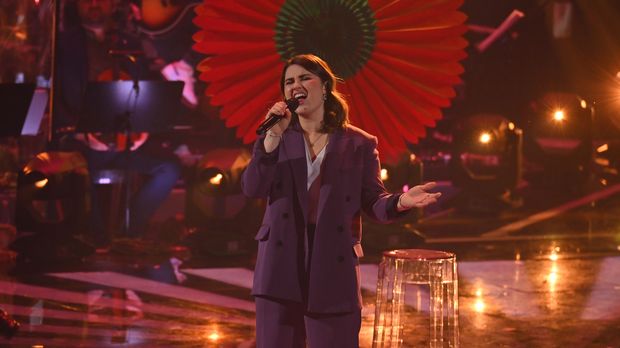 Linda Elsner has a mind of her own

ELIF did not have Linda Elsner on her screen, she openly admits this in the semifinals of “The Voice”. But now she is very proud of having a talented musician in her team. At first Linda refused the ELIFS song proposal, but then the two artists were able to agree on a third song, “Free Fall” by Tom Petty. Linda has a mind of her own, according to ELIF. But that’s exactly what you love about talent.

Linda in the final

From Team Johannes to Team ELIF: On “The Voice: Comeback Stage by SEAT” Linda Elsener got a second chance, rightfully so. Now she has defeated Sasha Salvati on the finale of ‘The Voice’. “Nice to see you here again on such a big stage,” ELIF praised after her performance. Most of all, she admires that Linda always sings with her heart.

A second chance with the ELIF team

With a triple bell, Linda Elsener goes from blind auditions to fights. There she beat Laura Plößer and finally reached the Sing Offs as part of Team Johannes.

With her “You Don’t Know” performance, she hopes to move on to the quarter-finals. But the audience: internal voting is not in your favour. At the last moment, ELIF steps in and brings Linda to their team.

Linda Elsner is fighting for her place in the semi-finals without a guitar. “I’ve always been with the guitar. Today a little freer. I didn’t want it to be said, ‘You’re hiding behind it.'” Linda explains her choice. With Dermot Kennedy’s “Outnumbered”, she dares to step outside her comfort zone – with great success. She is in the semi-finals with Sasha Salvati.

See also  This football legend was dressed as a hammerhead shark