Home Tech Life on Mars? Rover Curiosity May Be Close To A ‘Space... 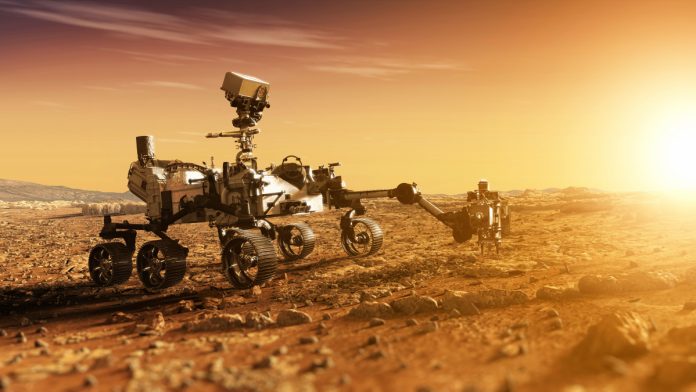 Methane concentrations on Mars are a mystery to researchers. Gas rarely occurs there and is usually of organic origin. They have now identified the suspicious sources.

NASA’s Curiosity spacecraft may be close to mysterious sources of methane. Since landing in 2012, the craft’s instruments have detected six spontaneous concentrations of methane that NASA can’t explain. Then scientists at the California Institute of Technology modeled the methane gas molecules. They calculated the place of origin using wind direction and speed using triangulation and made a surprising discovery: one of the alleged sources of emissions is very close to the Mars mobile robot. This was reported by many media outlets, including Engadget.

The spectacle is amazing because there is actually no methane on Mars. The Curiosity laser spectrometer recorded an average of 0.41 particles per billion (ppb). That’s the equivalent of a pinch of salt in an Olympic swimming pool. However, the reported concentrations were ten parts per billion, more than 24 times as much. On Earth, gas is produced almost exclusively through biological processes – through life. Scientists are rejoiced that methane’s fingerprints could be clues to extraterrestrial life, for example in the form of microbes. Space.com Talking about “space burps”. Another equally auspicious guess is that it stems from geological activity associated with the presence of liquid water. This, in turn, will be an important building block for life. According to the Esa Trace Gas Orbiter, the atmosphere on Mars does not contain methane, at least during the day. Curiosity takes its measurements at night.

The emission zone is located to the west of the Curiosity site, a few tens of kilometers away. The study authors write: “This may indicate that we selected a landing site for Curiosity located close to an active emission region.” In addition, another piece of information: researchers believe that methane was produced recently. So the cause of “space burps” may still be doing it – among other things near the Mars rover.

The study has been scientifically tested

Institute researchers published preliminary results of the study on June 3. Scientific evaluation is still pending, so that the results are not recognized as reliable. Either way, the mystery of the methane burps remains intriguing for some time — until the machine drops in and takes a closer look at the supposed sources.

See also  This new cheat software should work on every console