Home science Launch of the polio vaccination campaign in March 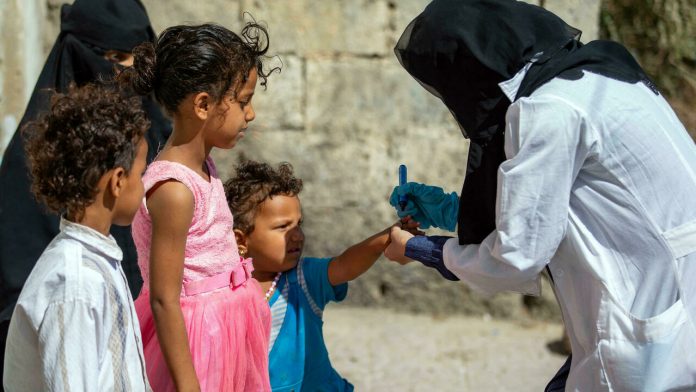 Lilongwe (Malawi) (AFP) – Malawi announced Thursday that it will launch a national polio vaccination campaign in March, after discovering its first case in 30 years and the first in Africa in five years.

The South African country announced the discovery of a case of wild poliovirus a week ago.

According to WHO representative in Malawi, Janet Keita, the four-year-old girl who was diagnosed with polio has not been fully vaccinated.

The authorities aim to vaccinate nearly three million children under the age of five. “The next polio vaccination campaign, within four weeks (…) will target about 2.9 million children across the country,” Quinn Dube, director of the country’s health ministry, told AFP. Malawi.

Malawi has placed an order for about 14 million doses of the vaccine. She added that vaccination should extend beyond Malawi’s borders and target specific areas in neighboring countries.

Dube said an emergency meeting of international health regulators is scheduled for Monday and she can recommend mandatory vaccination for travelers to Malawi to curb the spread of the virus.

On Tuesday, UNICEF Representative in Malawi Rudolf Schwenk described the outbreak as a “very serious situation”. “We must take quick collective action because this is a national emergency,” he told a news conference.

Laboratory analyzes showed that the discovered strain is related to a strain spread in the Sindh province of Pakistan.

Polio, a contagious, contagious virus that attacks the spinal cord and causes irreversible paralysis in children, remains endemic in Pakistan and its neighboring country, Afghanistan.

Africa was declared free of local wild polio in August 2020 after all forms of wild polio were eliminated. No cases of polio have been recorded on the continent in the past four years – the eradication threshold.

Dangerous pesticides: Here are the most polluted fruits and vegetables

Why has measles cases soared around the world