Home science Health pass: “Yes, but” from the State Council 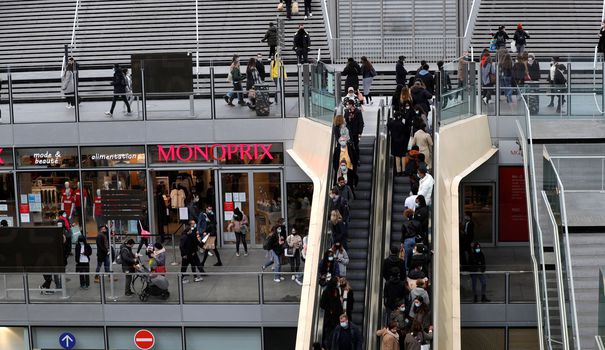 On Monday, the State Council approved the main part of the bill establishing the obligation of caregivers to be vaccinated. The Supreme Administrative Court also issued its opinion on the extension of the health permit, the fines provided for non-compliance with the rules, and the isolation of people present for Covid-19. Many were approved, but others declined or were relaxed.

The compulsory 10-day isolation of people infected with Covid-19 announced by the President of the Republic in the context of an alarming epidemiological recovery was approved by the State Council, which nevertheless requested that the hours of examinations be set by the police and the government. Sources said on Monday.

The bill sent to the Council of State states that “the communication (…) with the result of an examination (…) concludes that there has been contamination by Covid-19” requires “by law the measure of placement and stay in isolation (…) for ten Days at the place of residence (…) announced during the examination”.

In its opinion delivered on Monday on the bill scrutinized on the same day in the Cabinet, the Council of State recommended “explicitly expressly (…) that checks cannot take place at night”, and the government consequently reserved the 9 p.m. “time stop” .

For its part, the National Academy of Medicine warned against this provision, saying that it may encourage “bypassing the screening procedures”, which would require means to conduct “random inspections by the police or gendarmerie.” be accepted by our fellow citizens,” the body argues.

Today, for people on French soil, isolation takes place “on a voluntary basis,” with “home health support by a nurse,” the academy states in a press release.

While the passport was then scheduled to be extended in early August to include restaurants, cafes, shopping malls, medical institutions and long-distance transportation, the State Council rescinded the obligation to provide health permits in “large shopping malls”.

The institution particularly stresses that this provision “is likely to relate in particular to the acquisition of basic necessities, particularly food”, considering this a “disproportionate violation of freedoms”.

The Supreme Administrative Court also notes that the amount of fines in the event of non-compliance with the sanitary permit will be “adjusted downward” by virtue of the €45,000 fine for failing to control the sanitary passage through Restaurants and cafes Too high, according to BFMTV.

The fine in the event of non-compliance with the obligation to monitor the health card on its part was reduced to 1,000 euros, instead of a fine of 9,000 euros. This relaxation is the result of discussions between the executive branch and the Council of State, which considered disproportionate the first version of the government stipulated in the bill examined on Monday in the Council of Ministers. However, the Council of State passed a one-year prison sentence and a fine of 9,000 euros, if four were verbally pronounced within 30 days.

Why is this long-Covid study controversial?

Health hazards: This is why raw chicken and poultry should not...