Home Tech Emirates Airlines announces the mission of Venus and the landing of the... 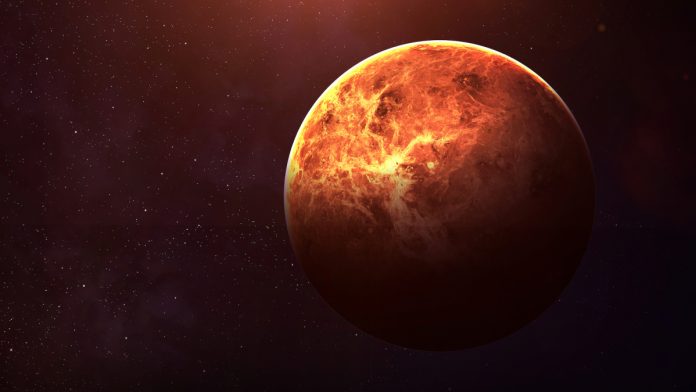 A space probe from the United Arab Emirates has reached Mars. Now the ambitious Arab country is targeting Venus – including landing on an asteroid.

The UAE’s Hope (Hope) probe has been orbiting Mars since February. The first interplanetary space mission for an Arab country is considered a gift on the occasion of the country’s fiftieth anniversary. The oil-rich United Arab Emirates consists of seven emirates, including Dubai and Abu Dhabi. Mohammed bin Rashid Al Maktoum, ruler of Dubai and prime minister of the United Arab Emirates, has now announced that his country is also planning a Venus mission after the Mars mission.

The launch of the UAE probe towards Venus in 2028

According to this, the Emirati space probe should fly towards Venus in the middle of 2028. The probe is expected to approach the planet, orbit it in 2029 – and then return to Earth. However, only to revolve around our planet and thus gain more momentum. Then it goes to the asteroid belt between Mars and Jupiter, like heise.de . reports. For 2030, it is planned that the space probe will fly near the first asteroids.

The probe aims to examine a total of seven asteroids in the belt, which is more than 500 million kilometers from Earth, including landing on one of the rocks or ice blocks. The entire mission is scheduled to last for five years. The probe is expected to travel about 3.6 billion kilometers during this period. One of the biggest challenges is that the device is as close to the Sun as 109 million km. The probe must be adequately protected. Additionally, there is little solar energy available for much of the mission.

The fourth country with an asteroid landing?

By the way, if the UAE succeeds in this, it will be only the fourth country to land on an asteroid. Prior to this, China, Japan and the United States succeeded in this. A NASA probe, which carries a sample of the asteroid Bennu on board, is currently on its way to Earth. Bennu made headlines in August when it was revealed that there is a very small chance the object will collide with Earth in more than 150 years.

In addition to the United Arab Emirates, Russia and the United States have once again set their sights on Venus. The two contenders performed several missions in the 1960s and 1970s. Esa had a probe in the orbit of Venus until 2014. The Mercury probe, Bepicolombo, launched jointly with Japan, has orbited Venus in the past few months. The Japanese probe Akatsuki has also been in the orbit of Venus since 2015. On Venus or in the clouds, researchers have detected traces of life inside. Decomposition products can also come from volcanic eruptions.

See also  Mouse and keyboard support on consoles? This is what Dice says

PS5 buy: PlayStation Direct with renewal in April – this week...