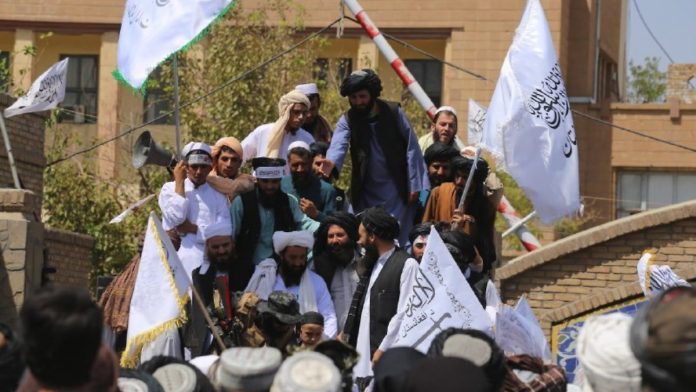 Britain sends a special envoy to Afghanistan for talks. And while the Taliban consider it a rapprochement of diplomatic relations, the British assert: the meeting does not mean recognition of the Islamists.

A high-ranking British envoy met representatives of the radical Islamic Taliban movement for talks in the Afghan capital, Kabul. A spokesman for the foreign ministry of the Taliban government, which is not internationally recognized, said that the meeting was “about detailed discussions regarding the resumption of diplomatic relations between the two countries”. A British government spokesman stressed, however, that the visit of the British special envoy to Afghanistan, Simon Gass, did not constitute recognition or “legitimacy” of the Taliban.

Instead, in meeting with Deputy Prime Ministers Abd al-Ghani Baradar and Abd al-Salam Hanafi, the envoy secured the release of former British soldier Ben Slater. He was arrested by the Taliban on the Pakistani border last month when he was trying to bring Afghan refugees to safety.

According to British information, Slater left Kabul with the British delegation. The two sides also discussed how Britain can support Afghanistan in the fight against terrorism and the deepening humanitarian crisis. “They also talked about the treatment of minorities and the rights of women and girls,” the UK spokesman added.

The Taliban apparently allowed some girls to enroll in middle and high school again on Tuesday. A video posted by Taliban spokesman Suhail Shaheen showed dozens of female students wearing black uniforms, some wearing white headscarves and some wearing the niqab. They sat on chairs and waved Taliban flags. “Girls go to secondary schools in Khanabad,” the Taliban’s designated permanent representative to the United Nations wrote on Twitter. Khanabad is the name of a city and district in Kunduz Province.

Some schools are open to girls

But in Kabul, a representative from the Ministry of Education said girls’ secondary schools remain closed. However, several school directors and teachers in Kunduz confirmed the girls’ return. According to one of the teachers, the local school board told the school principal that the ban on girls “only applies in other provinces and not in Kunduz.”

Afghan high schools reopen in mid-September, but only for boys. The new rulers promised that the girls should follow “as soon as possible”, but first that they should ensure a “safe learning environment” – through which the Taliban meant gender-segregated teaching and disguise. Under these conditions, girls and women are already allowed to attend primary schools and private universities again.

During the first Taliban rule from 1996 to 2001, women were largely banned from public life. The new Taliban leadership promised a less strict interpretation of Islamic law and announced that it would respect women’s rights.

The oldest living person died in the United States – Hester...