Home science Covid: France advised against travel to Shanghai, US forces its employees to... 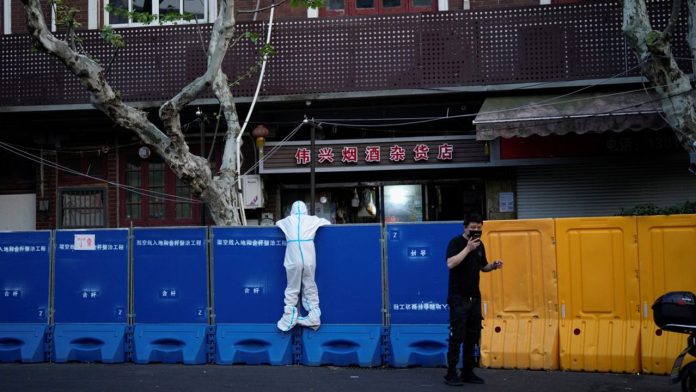 « Any plans to travel to Shanghai should be postponed. Against the background of the outbreak of an epidemic and the imposition of strict restrictions, France recommends its citizens not to go to the Chinese capital. Due to the escalation of cases of Covid-19, the city of Shanghai is under a strict lockdown for an indefinite period.explains Quai d’Orsay in an update to Travel Advice. This procedure is accompanied by a screening campaign for the entire population. A positive result leads to isolation in a hospital or center equipped for the infected person and the cases of his contacts. »

Shanghai is already facing the strongest wave of Covid-19 virus since the beginning of the epidemic and to deal with it, authorities have placed 26 million residents in strict confinement for several weeks.

In the face of the growing discontent of the residents, the city authorities announced, on Monday evening, the lifting of confinement for 7,565 residences that had not reported any positive case of Covid during the past two weeks. But some residences refuse to apply the exit permit, as “Les Echos” watched immediately, in front of a closed gate. Hotels, shopping centers and public buildings are included in the list published by the authorities. In fact, almost all Shanghai residents are still confined to their homes.

Fear of “arbitrary application” of restrictions

In this context, the United States announced, on Tuesday, that it had “ordered” non-essential employees of its consulate in Shanghai to leave the city, a spokesperson for the US Embassy said in a statement. The number of people affected by this decision was unknown on Tuesday and it was not immediately clear whether the departure from Shanghai would mean exit from Chinese territory. The embassy said US diplomats had informed Chinese authorities of their “concerns for the safety and well-being of American citizens”.

See also  For two years, striking numbers for the epidemic

Last week, the US embassy already allowed non-essential consular staff to leave the city, arguing that US citizens risked facing “arbitrary application” of anti-Covid restrictions. In response, Chinese Foreign Ministry spokesman Zhao Lijian denounced the “baseless accusations.” He also said that China had made “serious protests” to the United States.

The Ministry of Health reported more than 23,000 new positive cases in Shanghai on Tuesday. The numbers are very high for China, which is one of the last countries in the world to implement the zero Covid strategy. Thus, the country applies strict restrictions as soon as a few cases emerge, separating people who test positive from the rest of the population, issuing visas in short periods of time and imposing quarantine on arrival in the territory.

Dog getting the flu – can it really happen?

Influenza epidemic spreads in the region of Occitanie