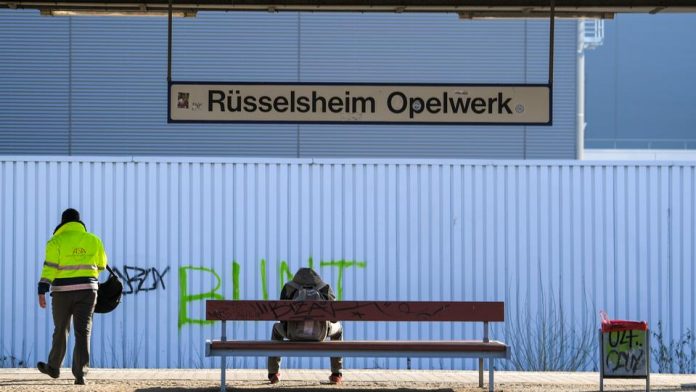 The bad news at the automaker Opel is endless. The closure of the tool-making division of Rüsselsheim has now been announced.

The choice of words used by Opel management seems strange, if not to put it euphemistically. The tool-making division will “come out” at the end of the year, said Wednesday from Rüsselsheim. As if about 260 employees have made it to the finish line of the marathon. In fact, “expiration” at the end of the year means nothing more to them than the end of the business relationship – and thus an uncertain future.

The union talks about breaching the contract

Parent company Stellantis said Wednesday that the company has taken all reasonable measures to keep the workload and staff requirements at the tool store in an “appropriate balance.” Further talks will now take place with the Works Council. Rather than laying off workers, the goal is to persuade employees to “leave the company” – under appropriate agreements with unions.

It’s all about the topic

Meanwhile, employee representatives at Opel spoke of a “breach of contract”. Four months ago, I promised 160 jobs in the affected area. In addition, investment obligations from the future collective agreement with IG Metall will no longer be complied with. Workers’ protests against the Stellantis cycle were announced on Friday at all Opel sites.

A long string of bad news

For employees at Rüsselsheim, the announcement of the division’s closure is just the latest in a string of bad news over the past 12 months. At the end of 2020, about 3,000 employees demonstrated against the increased labor intensity and poor working conditions at the main plant.

More recently, at the beginning of October, the parent company’s announcement that it would legally outsource the Opel plants in Rüsselsheim and Eisenach caused unrest. A week later, it became known that the staff of the Development Center had been threatened with transferring their jobs to Morocco in interviews with the staff. The Works Council spoke of “the beginning of the disintegration of Opel”.

Politicians also criticized the actions of the Stellantis Group at the time. In a joint open letter to Carlos Tavares, President of Stellantis, the heads of government of Hesse, Rhineland-Palatinate and Thuringia demanded that “decisions related to the future of the sites be communicated openly and transparently”.