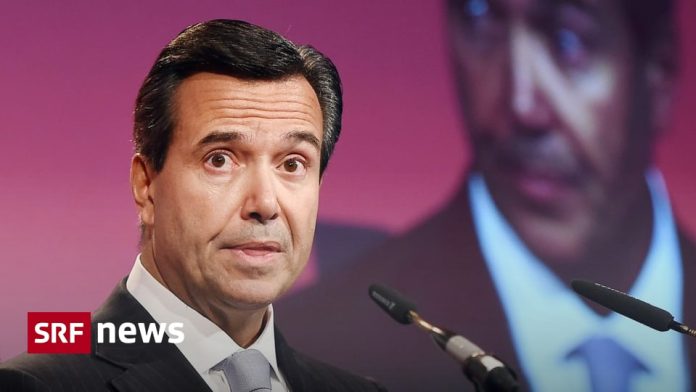 Following reports of quarantine violations, the Credit Suisse Board of Directors announced the resignation of Chairman Antonio Horta Osorio, with immediate effect. It added in a statement that Axel Lehmann has been appointed as the new Chairman of the Board of Directors.

“I regret that some of my personal actions caused difficulties for the bank and affected my ability to represent it both internally and externally,” said Horta Osorio. “I have therefore come to the conclusion that my resignation at this point in time is in the best interests of the Bank and its stakeholders.”

In December, a report by Reuters news agency revealed a second suspected breach in the UK. Accordingly, Horta-Osório is said to have ignored the rules of Covid protection when visiting the tennis tournament in Wimbledon. At the time, there was also a commitment to quarantine in the country.

Horta Osorio was elected Chairman of the Board in April as the new “bearer of hope”, succeeding Urs Rohner. In light of the disaster surrounding US hedge fund Archegos and investment fund “Greensill,” he said after the election that he wanted to promote a culture that promotes risk management, puts in the right incentives and focuses on personal responsibility.

Last year, the media reported, citing informed sources, that he does not have much confidence in CS CEO Thomas Gottstein, but rather that he wants to take charge of operations himself. As a result, Horta Osorio publicly rejected such ambitions and supported Gotstein through the media.