Home World 20 arrests during protests against Corona measures in Finland 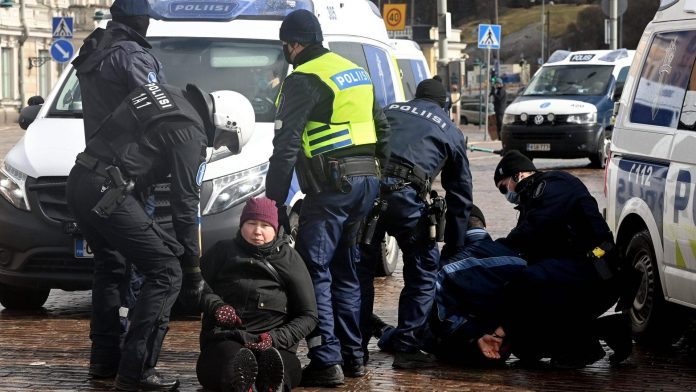 Several demonstrations against Corona’s measures took place in northern Europe on Saturday. In Finland, police have arrested 20 people for violating the rules of the epidemic.

20 people were arrested in Finland during protests against Corona measures. According to police, up to 300 people gathered for an unauthorized demonstration in the capital, Helsinki, on Saturday. Although the police tried to disperse the demonstration, the demonstrators formed a protest march. Then the police arrested 20 people. In Helsinki, there are currently a maximum of six meeting participants.

Finland had one of the lowest rates of corona infection in Europe until recently, which is mainly attributed to its low population density. However, the Finns also adhered very well to the Corona rules, which at first were only recommendations.

However, the number of infections has increased since mid-February. Then the government passed stricter measures. Restaurants have since closed. However, the government withdrew a bill at the beginning of April that would severely restrict the freedom of movement of Finns.

There have also been protests against Corona’s measures in Denmark and Norway. Hundreds of people demonstrated against the issuance of the new “Corona passport” in the Danish capital, Copenhagen. This testifies that the carrier has been fully vaccinated against the Coronavirus, tested negative within the past 72 hours or tested positive two to twelve weeks ago, and therefore is currently immune.

Around 200 people gathered for protests in the Norwegian capital, Oslo, some of whom were burning protective masks.

See also  Criticism of the Taliban, which bans films and series with women

This applies to entry and visit