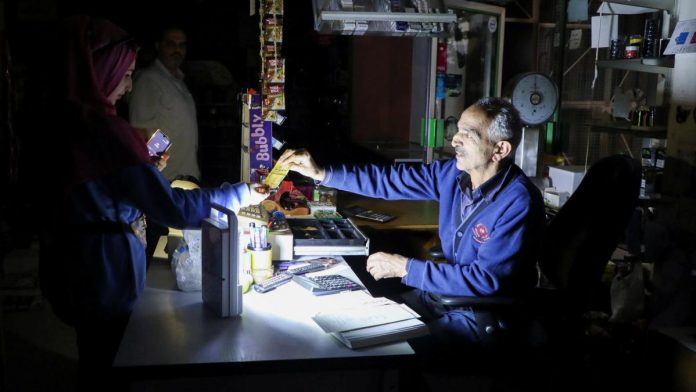 The State Electricity Company in Lebanon resumes its operations

There were blackouts in Lebanon at the weekend when the government said there was “no way” to restore the grid due to a shortage of raw materials. Thanks to the army, at least a temporary operation can be guaranteed on Sunday.

nAfter the breakdown of energy supplies by Lebanon’s state provider, the latter at least temporarily resumed its operations with the help of the army. On Sunday, Lebanese Energy Minister Walid Fajad announced that the Lebanese army has supplied 6000 liters of fuel. This means that the two largest power plants still operating, which were shut down on Friday and Saturday due to fuel shortages, will be able to supply electricity again. The National News Agency quoted Fajad as saying that “the network has resumed its normal work.”

When the army is expected to run out of fuel on Wednesday, two more power plants will step in. Oil shipments from Iraq will be used for this purpose. At the end of July, the two countries signed a contract to deliver one million tons of heavy fuel oil to Lebanon. According to the agreement, the crisis-stricken country must pay for it in “services and goods”. The Lebanese Central Bank has allocated $100 million (86 million euros) to import fuels, according to Fajad, so that the country can continue to generate electricity.

Due to fuel shortages at two important power plants in Lebanon, the electricity supply collapsed across the country on Saturday. The electricity company in Deir Ammar and Al-Sahrani said that the power stations had stopped working because their oil supplies had run out.

This leads to a “complete collapse of the network with no possibility of recovery at the moment”. A government representative told dpa that the failure is expected to last several days.

Many Lebanese are forced to do without electricity for hours every day. This also puts hospitals in the country at risk. Long queues regularly form in front of gas stations due to lack of fuel. Homes and private businesses that can afford it now generate their own electricity with the help of generators. However, their operations are also becoming more expensive.

The power grid had already collapsed at the beginning of the month, and it took several days to restore it. According to EDL, an oil tanker was expected to arrive on Saturday evening and was scheduled to be unloaded earlier this week.

Gas and electricity supplies from Syria should help

Lebanon is currently experiencing one of the world’s worst economic crises since 1850. The country suffers from shortages of gasoline and medicine, among other things. The Lebanese pound has lost more than 90 percent of its value compared to the dollar since the fall of 2019.

A bankrupt country can no longer finance many subsidies and imports. The international community has pledged hundreds of millions of euros in support. However, it is linked to the condition that Lebanon obtains a government capable of implementing the necessary reforms.

A new government was finally formed in mid-September after 13 months. It has announced energy sector reforms and is negotiating with Egypt and Jordan over gas and electricity supplies through Syria. Iraq also agreed to deliver the oil in return for medical aid.

It is said that the Greek border guards threw the migrants...