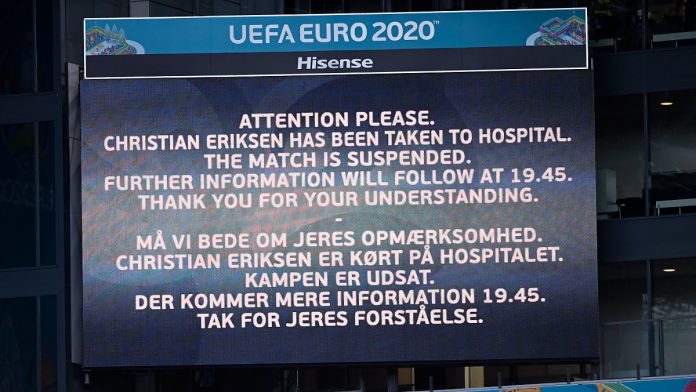 Shortly before the end of the first half in the match between Finland and Denmark, there was a shocking moment: Danish player Eriksen collapses and has to be revived on the field. ZDF broadcasts dramatic images – only then stops transmission. There is criticism from the Syndicate of Journalists.

Foreman also said he could not criticize UEFA’s international direction. “When it became clear how severe the injury was, there were no close-ups or other inappropriate photos.”

Previously, Federal President of the German Journalists Association (DJV) Frank Oberal criticized the station. “I find it unlikely that the live broadcast on TV will show a football player resuscitation for a long time. This is irresponsible and goes against the ethics of journalism,” said Oberal. “The press should not be so voyeuristic. ZDF is obligated to come into compliance with this The blatantly wrong decision.”

Eriksen collapsed shortly before the end of the first half and remained motionless. Paramedics began taking measures to save lives. Over an hour later, everything was abandoned. The 29-year-old is conscious and is now in the hospital. The match continued, Finland won 1-0. ZDF and Magenta TV have paused their broadcasts from the stadium in Copenhagen.

There was also criticism of the BBC broadcast in Great Britain, to which the radio responded, saying: “We apologize to everyone who is disturbed by the broadcast of images, and UEFA will control broadcasts in the stadium as host. Immediately after that the game stopped and we closed our coverage as quickly as possible.”