Home Tech Trilogy will be released on October 15, 2021 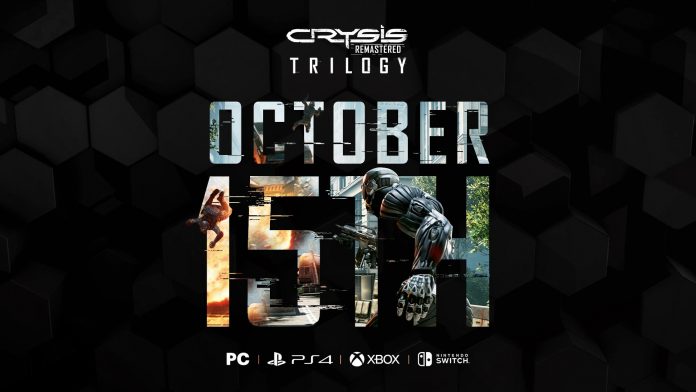 The single versions of Crysis 2 Remastered and Crysis 3 Remastered are also getting a date!

Today, Crytek is announcing the release date of Crysis Remastered Trilogy, the perfect package to recreate the legendary single-player campaigns of Crysis, Crysis 2 and Crysis 3 in the Enhanced Edition.

Fans of the franchise can slip into nanosuits starting October 15, 2021 — Crysis 2 Remastered and Crysis 3 Remastered will also appear separately.

In addition, twenty art cards for each platform are numbered and signed by members of the development team and randomly distributed among the first day’s orders.

The Crysis Remastered trilogy has been adapted and improved for next generation consoles, and is therefore smoother and better than ever to play. The original versions of the game ran at 720p at a maximum of 30 frames per second.

On the next generation Xbox Series X and Playstation 5 consoles, Crysis Remastered games can be played between 1080p and 4K resolutions at up to 60 frames per second – these values ​​are achieved through Dynamic Resolution.

Even before the release on October 15, Crytek posted comparison videos that show the differences between the Switches on next-generation consoles compared to the original games on Xbox 360 or PlayStation 3.

The Xbox vs PlayStation comparison videos show the differences between the games:

Crysis Remastered – Available Today!
With Crysis Remastered, the powerful single-player campaign from the original title launched from 2007 last fall and is available on the Epic Games Store, PlayStation Store, Microsoft Store as well as the Nintendo Switch Online Store.

“We are very excited to be able to introduce Crysis fans to the Crysis Remastered Trilogy, the new complete package that will appear in parallel with the release of Remasters Crysis 2 and Crysis 3,” said Steffen Halbig, project lead. “The adventure awaits players with stunning graphics, fluid frame rates and high-quality combinations on the platform of their choice, with lightning-fast 60fps gameplay on PC and next-generation consoles as well as a variety of other graphic improvements. Fans of the series can watch the trailer and variations contained in it.”

‘The Siege of Paris’ expands on August 12