Home science The threshold of 5,000 daily cases has been crossed again 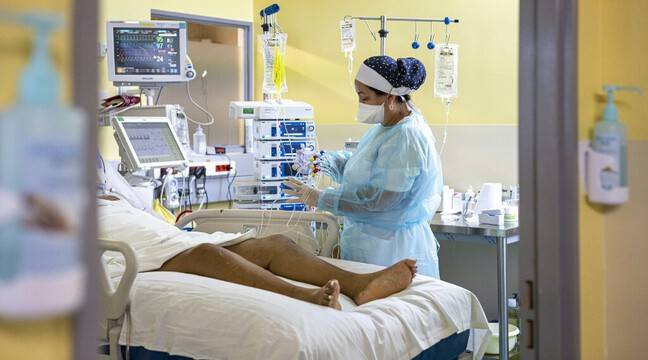 Is the epidemic starting again? France has again crossed the threshold of 5,000 daily cases of Covid-19, according to figures from Public Health France published on Monday confirming the increase in contamination observed since October 20.

The government and epidemiologists have stressed in recent weeks the need to maintain barriers to contain the epidemic, despite the benefits of vaccination.

The limit of 5,000 cases per day in November 2020 was maintained for reference by President Emmanuel Macron as the case below which transmission of the disease could have been closely followed. According to him, shops and entertainment venues were allowed to open normally.

If the epidemic resurfaces again, hospital data remains relatively reassuring. The number of hospitalized patients, at 6,405 on Monday, has roughly flattened since mid-October. And in critical care services, which treat the most severe cases, the number of 1,023 on Monday was among the lowest since the start of the pandemic.

According to the Directorate General of Health, 49,856,632 people now have a full vaccination schedule, or 73.9% of the total population. At the current rate, the 50 million mark can be reached around Halloween.

See also  Covid-19: Vaccination is slowing down in France

Covid-19: Why more and more vaccinated people will become infected in...

Does caffeine help cognitive problems caused by lack of sleep? ...