Home science The study discovered the cause of the development of the disease in... 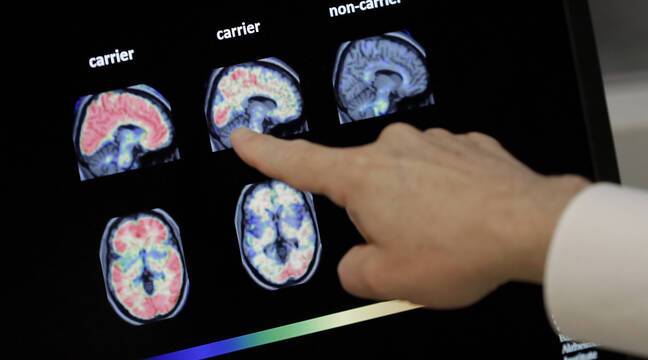 Major advances in research on Alzheimer’s disease? A new study released Friday shows that clusters of toxic proteins, which are thought to be responsible for cognitive decline associated with the disease, reach different regions of the brain and accumulate there over decades.

The article, published in “Science Advances,” is the first to use human data to rate the molecular processes that lead to this neurodegenerative disease, and could influence the way treatments are designed. It also overturns the theory that clumps form in one place and trigger a chain reaction in others, a pattern seen in mice. Such spread can occur, but it is not the main driver, according to the researchers.

“Two things made this work possible,” George Maisel, a chemist at the University of Cambridge and one of the lead authors of the article, told AFP. “First study the very detailed data from PET scans (a type of medical imaging test) and the different datasets combined, and the mathematical models that have been developed over the past 10 years.”

The researchers used 400 postmortem brain samples from people with Alzheimer’s disease and 100 positron emission tomography samples from people living with the disease to track the build-up of the protein tau. This protein accumulates with another protein called beta-amyloid, causing brain cells to die and the brain to shrink. This particularly leads to memory loss and the inability to perform daily tasks. This disease is considered a major public health problem, affecting more than 40 million people worldwide.

Delay the onset of disease?

The researchers also found that it took five years for the totals to double. This is an “encouraging” number, according to George Maisel, because it shows that neurons are indeed able to fight off aggregations. “Maybe if we can improve it a little bit, we can significantly delay the onset of serious disease.”

Alzheimer’s disease is classified by “Braque stages,” and scientists have found that it takes about 35 years to go from stage III, where mild symptoms appear, to more advanced stage six. Totals are increasing exponentially, which explains “why disease takes so long to develop, and why people’s condition tends to deteriorate rapidly,” according to George Maisel.

The team wants to apply the same methods to studying traumatic brain injury and frontotemporal dementia, in which the tau protein also plays a role. Sarah Emarisio, from Alzheimer’s Research UK, said.

Minute Doctor! What is the gut microbiota?

Sweeteners can damage the intestines