Home science The first case of monkeypox was discovered in France 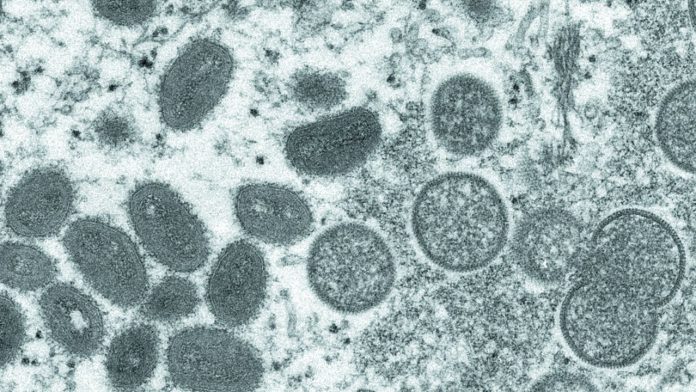 It is a well-known disease, first identified in humans in 1970 and usually found in central and western Africa. On Friday, the Directorate General of Health announced the discovery of the first confirmed case of monkeypox in Ile-de-France. The discovery comes after dozens of suspected or confirmed cases of monkeypox were identified in Europe and North America since the beginning of May.

Health authorities said he was a 29-year-old man, with no history of travel to a country where the virus is common. Once he was suspected of being infected, this person was taken care of and isolated at his home in the absence of seriousness.

The first case discovered in the United Kingdom

Monkeypox is caused by monkeypox virus (MPXV), which belongs to the orthopoxvirus family, and is an “emergent infectious disease” according to the Pasteur Institute. It is rare and is usually transmitted to humans by animals (marsupials, rodents, or primates), but it can also be transmitted between humans. The disease is considered endemic in the Democratic Republic of the Congo, where it was first identified, and is regionally endemic in Africa.

This is not the first time that monkeypox cases have been identified in the West, but the phenomenon is still rare. The first case recently discovered, in early May in the UK, had returned from a trip to Nigeria. But many cases confirmed later in the country appear to have been infected in the province, according to health authorities. Dozens of suspected cases, which were discovered in particular in Spain, Portugal, Sweden, Canada and the United States in recent days, have raised fears of the beginning of the spread of this disease. On Friday, Germany announced the first detected case of a patient with “distinctive skin lesions”, in Munich.

See also  overflowing? What events are planned for Saturday, July 31?

The virus is transmitted by direct contact with skin lesions or mucous membranes of a sick person, as well as by droplets. Symptoms of monkeypox are similar to those of smallpox: headache, fatigue, and muscle aches. One to three days after the first symptoms appear, sufferers develop a rash that usually begins on the face.

The classic vaccine against smallpox, a disease that has been eradicated for forty years, offers protection against monkeypox but is no longer widely available, according to the World Health Organization. There is also currently no effective and safe treatment against this still rare disease, according to the UN agency.

Twelve regions are now in an epidemic stage

Cognitive promotion in the workplace reduces the risk of dementia