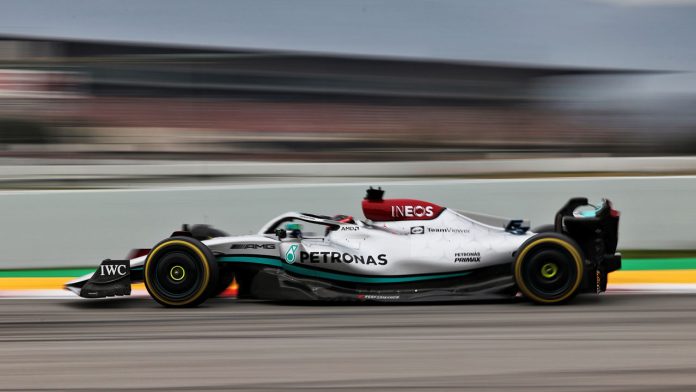 For the Spanish Grand Prix, Mercedes is offering two upgrades to the W13, which are primarily aimed at preventing “porpoises”.

Upon unloading the W13 rider from the team trailer, it became apparent that Silver Arrow engineers had made two visual changes. First, a Ferrari and Red Bulll-style ‘Bib-Wing’ was attached to the front edge of the lower body, like a ‘Bib-Wing’.Motorsport-Total.comHe writes.

In this way, the airflow should not only improve, but also become more controllable. In addition to the “Bib-Wing”, work was also done on the lower body, which has a modern design due to the design of porpoises. A “ground wing that looks like a sickle” was added, according to the portal.

In its pursuit of weight, Mercedes adopted the Miami livery, leaving it with a lack of paint on the fenders and rear wing.