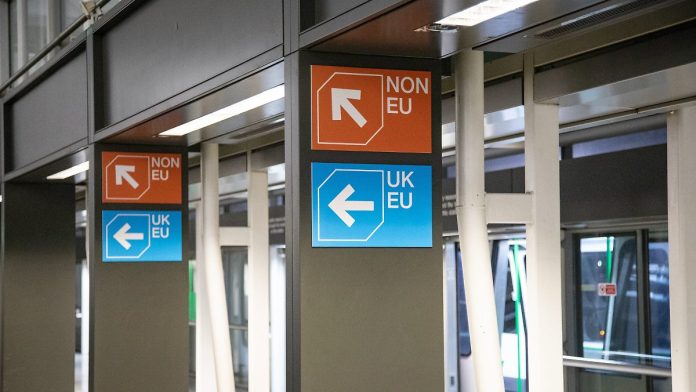 Great Britain is out of the European Union, Brexit is complete. But for the many people from the European Union who have lived on the island for years, the future is uncertain. They are still waiting for their right of residency, which they are entitled to but is taking a very long time at the moment.

About a year after Brexit, tens of thousands of EU citizens living in Great Britain are still waiting for their right to reside in the country. “It’s not without organization and living your life when you’re stuck in lonely waters,” says Luke Piper of civil rights organization The3Million. According to an analysis by the organization, there are several hundred thousand backlogs of the so-called settlement program that have not yet been processed.

The program guarantees EU citizens who lived in the country before December 31, 2020 the right to housing, work and health care. In total, more than 6.3 million people have applied for the status. If processing continues at the current pace, it will take until 2023 for the backlog to clear, The3Million fears.

When asked, the UK Home Office said there was no deadline for processing applications. The pending applications relate to those that are more complex to process – eg due to previous convictions.

Filed a lawsuit against the British government

According to The3Million, the process has continued to slow over the past few months. The organization is calling for capacity in the Ministry of Interior to be increased so that applications are processed faster and those affected can count on advice and assistance while they await residency.

The UK government is also currently facing a lawsuit brought by the British regulator over the rights of EU citizens. As announced by the Independent Monitoring Authority of Citizens’ Rights Agreements (IMA), around 2.4 million EU citizens in Great Britain risk losing their rights guaranteed in the Brexit agreement automatically.

Background: Anyone who has only been in the country for less than five years can apply for temporary resident status, which can be converted to permanent status upon application at the latest after another five years have elapsed. But you have to apply again for this. However, if this deadline is not met, the life, work, and state support benefits automatically expire under current regulations. The Brexit Treaty guarantees EU citizens who were in the country before Great Britain finally left to the community of nations the same rights as before.

See also  Before the midterm elections: Why US Democrats are avoiding President Joe Biden