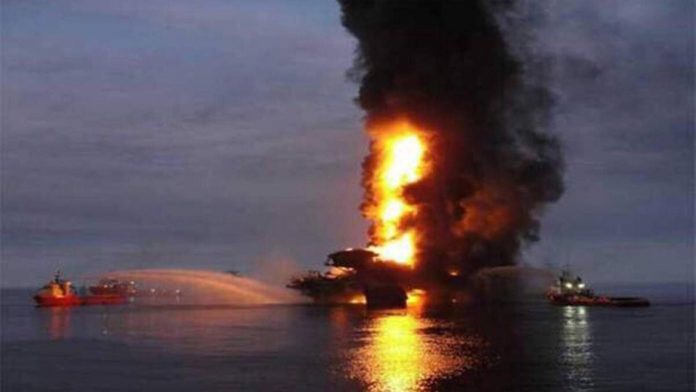 An oil factory burned off the coast of Mexico. According to the worker, the fire started during maintenance work. At least five workers died. There are still two people missing.

Five workers were killed in a fire at an oil rig off the coast of Mexico. Two more are missing and six more are injured, state oil company Pemex announced Monday.

The fire was likely unintentional Sunday at the Co Malop Zap oil production facility in the Gulf of Mexico – about 100 kilometers from Ciudad del Carmen – when planned maintenance work was in progress.

There was no incident in the Gulf until July

The general manager of the debt-laden company, Octavio Romero, in Mexico City, said the incident was being investigated. Operations at the facility’s 125 wells were suspended, reducing production of 421,000 barrels of crude oil per day, according to Romero.

He ruled out that the cause of the fire was a lack of investment. It was only at the beginning of July that a gas leak in an underwater pipeline at Ku-Malobe-Zap caused a massive fire on the sea surface.