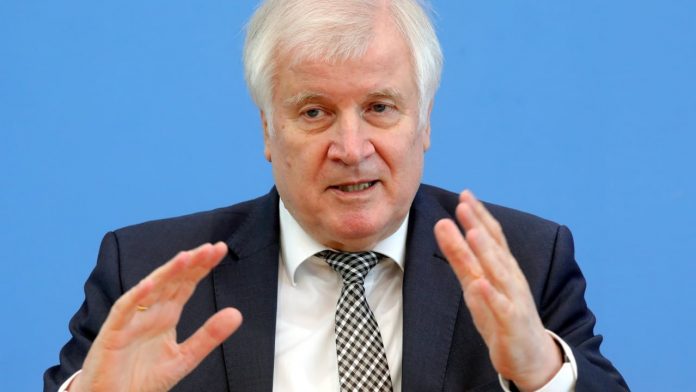 Germany will not accept any refugees stranded at the Belarus border with the European Union.

Federal Interior Minister Horst Seehofer (CSU) made this clear during a visit to Warsaw.

Reports that the federal government is willing to bring people to Germany are “false reports”, with which to put “pressure” and create “the mood”. “We’ll see that more often in the near future.”

A spokeswoman for Belarusian President Natalia Esmont said Chancellor Angela Merkel (CDU) wants to negotiate with the European Union the creation of a “humanitarian corridor to Germany” for 2,000 migrants at the border with Poland.

On the EU’s external borders with Belarus, and especially on the border with Poland, thousands of refugees from the Middle East, including many Kurds from northern Iraq, have been stuck in icy temperatures for weeks.

The European Union accuses Lukashenko of deliberately smuggling refugees to the border. Poland has amassed more than 15,000 security guards at the heavily secured border.

Seehofer said Germany is ready to contribute to the humanitarian care of refugees on the Belarusian side. “What we won’t do is take in refugees and give in to pressure.”

The ultimate goal of all humanitarian aid is to return people to their countries of origin.

The Minister of the Interior expressed his “solidarity” and “thanks” to the neighboring country: “What Poland is doing in this crisis is right and legitimate.” By closing the borders, the Poles “not only pursue their own interests, they are also in the service of the whole European Union.”

See also  Following in the footsteps of his predecessors: Bolsonaro visits the village instead of the climate conference

Seehofer’s Polish colleague Mariusz Kaminski (56 years old) confirmed that nothing would change in the course of his government. “There will be no way to make fun of illegal immigration here.”

On the other hand, human rights organizations accuse Poland’s right-wing nationalist government of inhumane and sometimes brutal treatment of refugees at the border. From Polish territory, migrants are repeatedly sent back to Belarus, where they are stuck in a strip between the Polish and Belarusian security forces without shelter or humanitarian aid.

The conflict in Ukraine: The Pentagon fears a Russian attack

Real Madrid remains on the road to victory! Los Blancos continue their impressive streak and will win their eighth consecutive competitive game against...

Android: Smartphone cameras must always be photographed – the front camera must be permanently...

Many smartphones constantly listen to the user's voice and the voice assistants are always on call. After the initial skepticism, many people...