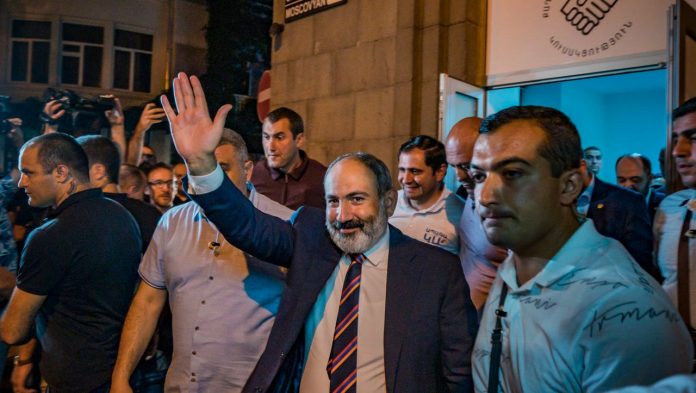 In the early parliamentary elections in Armenia The party of Prime Minister Nikol Pashinyan has become the most powerful force after all the votes have been counted. The 46-year-old garnered 53.92 percent of the vote with a civilian contract for his party, the election department announced. Pashinyan’s most important rival, former President Robert Kocharyan with his Armenian bloc, gained 21.04 percent – much less than expected.

Already at night Pashinyan declared himself the winner. He said, “We won.” The people of Armenia have made their decision. Pashinyan thanked the President of Russia United States of America France and the leadership of the European Union to support his country in times of crisis. “Stability and peace in the region and the peaceful development of our people are our priority,” he said.

There were 21 parties and 4 blocs in the vote – more than ever. Most of them missed the required number of votes to enter Parliament. According to the Electoral Commission, the third party represented in Parliament is the alliance of former President Serzh Sargsjan and former intelligence chief Artur Wanzgan. The turnout was about 50 percent of the vote.

Kocharyan accuses Pashinyan of incompetence and has recommended himself as an experienced statesman by referring to his presidency from 1998 to 2008. He is considered a friend of the President of Russia Vladimir Putin.

Pashinyan came to power in a peaceful revolution in 2018 with a promise to overthrow corrupt elites in the small former Soviet republic of the Caucasus. Military defeat against Azerbaijan But it greatly damaged his reputation. After six weeks of fighting for the region Nagorno-Karabakh The defeat against Armenia had to be admitted last August. There were violent protests, so Pashinyan called for early elections in the fall.

According to information from both sides, more than 6,500 people were killed in the recent clashes. Armenia was forced to relinquish large areas that had been under its control since the previous conflict in the 1990s.