Home science Justice decides to lift the curfew in Barcelona 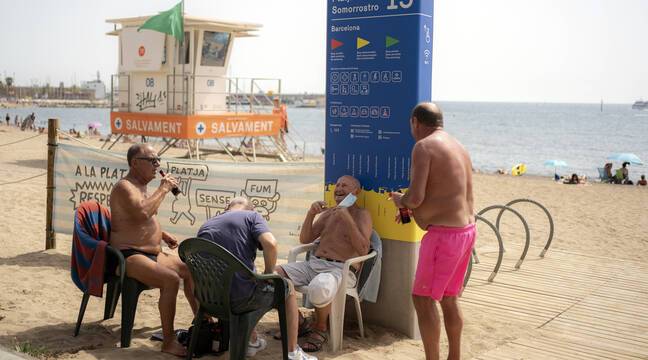 So curfews will be maintained in only 19 municipalities, instead of the 148 required by the regional executive. The court said the ban on private meetings of more than 10 people remained in effect “in all of Catalonia”.

Like the rest of Spain, Catalonia, the epicenter of the fifth wave of Covid that began in June, has seen a sharp drop in the number of new cases in recent weeks. And the infection decreased, on Wednesday, to 328 cases per 100,000 residents over a period of 14 days, which is less than the national average (378), according to the Ministry of Health. However, Catalonia maintains the highest occupancy rate in intensive care for Covid cases (42%) in the country.

Therefore, this judicial decision is first and foremost a consequence of the improvement of the health situation in Catalonia, especially in Barcelona, ​​where the infection rate in the Catalan capital has decreased to 261 cases per 100,000 inhabitants over 14 days, according to figures from the Ministry of Public Health (the regional government). Catalan).

The fifth wave of Covid-19 virus was manifested in June by the explosion of cases among teenagers and young adults under the age of 30, particularly due to the school and university holidays at the end of the year, during which the mask was worn. practically absent.

However, the situation is starting to change with the extension of vaccination to those under the age of 30. In terms of vaccination, Spain is among the first European countries, with 64.1% of its population fully vaccinated, well above the EU average (55.5%).

3 habits that prevent you from burning body fat