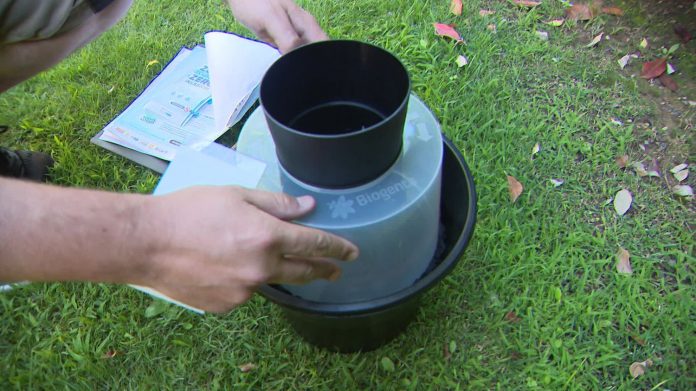 He’s the number one public enemy every summer, and he’s the one that everyone wants to kill and even annihilate to the end. This is clearly a mosquito. But in recent years, the common mosquito has suffered less from humans’ wrath because on the altar of hate, it has been replaced by its cousin: the tiger mosquito.

This mosquito is highly invasive, and it has already colonized half of France and could have invaded all of Europe by 2030. In addition to the itch it causes, the main problem with mosquitoes is the viruses that cause it. They transmit pathogens from which sometimes certain areas have disappeared and which reappear through their mistakes, such as malaria or chikungunya for example.

Getting rid of it is very complicated and the Mediterranean regions are especially helpful for its spread. While insecticides and other citronella candles can help with a peaceful evening, they are not sustainable solutions. So to help residents of three municipalities around Montpellier, the Interdepartmental Mosquito Control Agreement (EID) offers to install a free Vectrap.

This collective trap, developed by EID researchers, targets the problem at its source: reproduction. Yvon Perrin, Vectrap Project Manager, explains how it works: “The females will be attracted to the device and will only be able to enter through this hole, but they will not be able to get into the water because there is a net and you will not be able to lay eggs. Then they will hit a sticky label trying to get out and that is how they will be caught.”

This trial will run for three years, which is the time to see what improvements can be made to Vectrap and what their effects are. population Lucky Beneficiaries of the mosquito trap must complete a questionnaire and follow the information leaflet. After three summer months, the device will be removed and reinstalled the following year. The idea of ​​the Vectrap project is to see to what extent mass trapping can contribute to reducing the spread of mosquitoes. It’s something that hasn’t been described or known yet, so we have a three-year project to try out different approaches.”Develops Grégory L’Ambert, Head of Methods and Research at EID.

In all, 400 traps were set up in the municipalities of Castelnau-le-Lez, Clapiers and Saint-Clément-de-Rivière. Jean-Pierre, a resident who now has a Vectrap in his garden, is delighted: “We put mosquito nets, body products, and mosquito repellent sockets, but I’m not a big fan of these solutions, so I admit I’m very happy we have a more green approach.” And while you’re waiting for a Vectrap to be in your garden, you can follow EID’s advice.

Discover the ‘building blocks of life’ in a meteorite that crashed...

What are vitamins for hair loss?