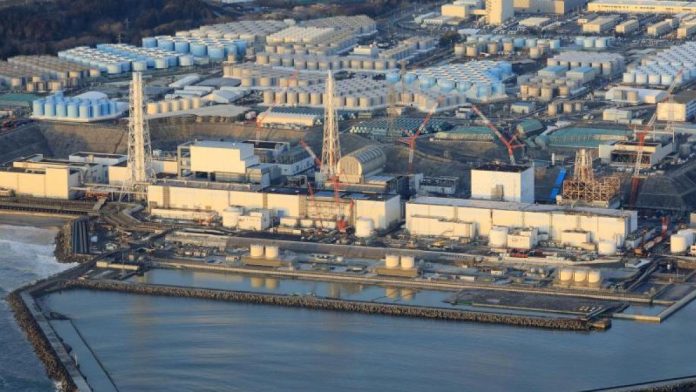 panorama Its strength is 7.3

Almost 11 years after the nuclear disaster in Fukushima, Japan was hit by a 7.3-magnitude earthquake. Authorities warn of tsunami in Fukushima and Miyagi. The fire alarm went off at the former nuclear power plant.

DrThe area around the nuclear ruins in Fukushima was once again hit by a powerful earthquake. The Japan Meteorological Agency issued a tsunami warning of up to one meter on the Pacific coast of Fukushima and Miyagi Prefectures late Wednesday evening (local time). At the former Fukushima Daiichi nuclear power plant, there was a fire alarm in the turbine building, operator Tepco announced. However, no irregularities were found, the nuclear regulator reported.

In addition, pumps failed in a cooling pond for fuel rods used for the second nuclear power plant Fukushima Daini twelve kilometers south of the nuclear ruins. The quake also derailed the Shinkansen high-speed train, but local media reports said the 100 or so passengers on board were unharmed.

The long-lasting 7.3-magnitude earthquake struck just before midnight, roughly 11 years into the day, after a devastating 9-magnitude earthquake devastated and triggered a massive tsunami in the northeastern region of the Asian archipelago. Wednesday’s quake was also felt in Tokyo, about 250 km away, and struck at a depth of 60 km below sea level.

There were initially no reports of serious damage, but according to Kyodo News, several people had to be taken to hospitals in the Fukushima area. Power was temporarily cut off for two million households. As usual in such cases, high-speed trains were automatically shut down and roads in the Northeast were closed.

Many Japanese were already asleep when the walls suddenly shook just before midnight. Shortly thereafter, a tsunami warning of up to one meter was issued. Soon after, a 20 cm high tidal wave was recorded in the coastal city of Ishinomaki in Miyagi Prefecture. The government in Tokyo immediately set up an emergency task force. The derailment of the Shinkansan shows how powerful the shocks can be. Shinkansen is known worldwide for its extremely high security.

The Meteorological Agency warned of a tidal wave of up to one meter in height. The severe earthquake that struck the northeast of the country suddenly brought back memories of the devastating disaster eleven years ago.

On March 11, 2011, a massive tsunami hit the Pacific coast and flattened everything: towns, villages, and vast areas of farming sank under the masses of water and mud.

The flood killed about 20 thousand people. In Fukushima, the result was a massive meltdown at the Fukushima Daiichi Nuclear Power Plant. The symbol for the triple disaster has become known as “3/11” around the world – even if none of the deaths were attributed to radiation. The company said Thursday evening that the operator, “Tepco”, is checking whether the strong, renewed earthquake has caused irregularities. Japan is one of the most earthquake-prone countries in the world.

Panic did not arise among the residents this time either. What is sometimes misunderstood in the West as equanimity is actually the equanimity and perseverance with which the Japanese confront such natural forces. The realization that, after all, the only way to live was to live on a powder keg, led the islanders to exceptional resilience in times of crisis.