Home World Thousands of soldiers in Donbas: Who is provoking eastern Ukraine? 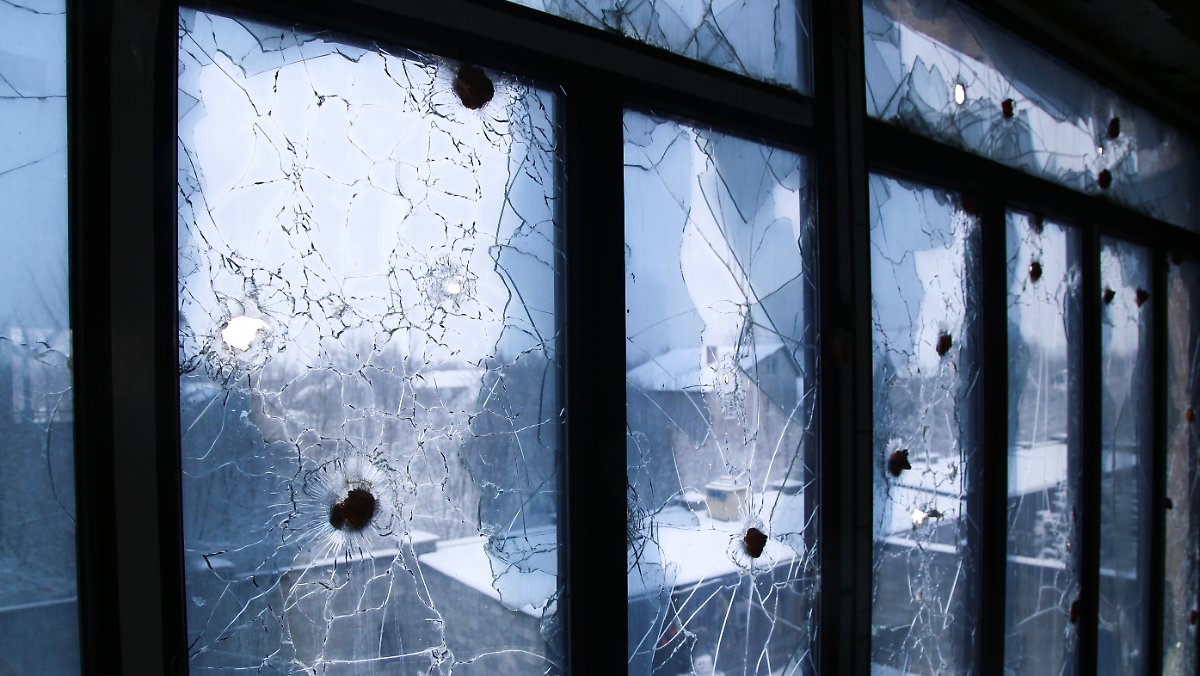 Thousands of troops are in Donbas

Who provokes those in eastern Ukraine?

The situation in eastern Ukraine is tense. Troops are strengthened and tanks move. The leadership of the US armed forces in Europe speaks of a “potential imminent crisis”. Why is not clear. Those involved in Kiev, Moscow, Luhansk and Donetsk accuse each other.

New tensions in eastern Ukraine make Russian patriots rejoice. Margarita Simonyan, editor-in-chief of Kremlin TV station RT, said she hoped the US media were right to confirm it. According to this, 4000 Russian soldiers were created on the border with Ukraine. Moscow does not confirm troop strength. But Kremlin spokesman Dmitry Peskov stressed that Russia would maintain its military presence in Donbas as long as the General Staff and Commander in Chief of the Armed Forces, President Vladimir Putin, deemed it necessary.

Even after visiting the region, Putin’s important propaganda repeated that the time had come to return the Luhansk and Donetsk regions to the world of “mother” Russia. But Putin’s spokesman Pesko immediately refused. There are no plans to integrate the self-proclaimed people’s republics into the Russian lands. But it is also clear that Moscow will not leave the regions that separated from Ukraine to their fate.

Is Kiev preparing for new struggles?

Since the outbreak of war there on April 14th seven years ago with the start of counterterrorism operation in Ukraine, there has been as much going on in separatist-controlled areas as it is in Russia. The ruble is the official currency, and only Russian is the official language. Most of the residents still have a Ukrainian passport. However, hundreds of thousands of people now have identity cards issued by one of the “two popular republics”. More than 400,000 people have Russian passports after Putin’s offer.

“I would like to stress that Donbas does not want war. Donbas will not start a war either,” says Denis Pushlin, leader of the self-proclaimed Donetsk People’s Republic. He described the situation at the front as “somewhat unstable”. He complains that Ukraine is preparing its forces for new battles.

Indeed, recently, observers from the Organization for Security and Cooperation in Europe (OSCE) have pointed to the increased activities on both sides of the conflict in the region. In February and March, videos circulated on social media of Ukrainian trains heading east loaded with tanks and other military vehicles. On Sunday, the Ukrainian Army also provided a video of tank reserve exercises in the Luhansk region – not far from the front.

Above all, however, recent reports of the killing of Ukrainian soldiers have drawn Western attention to the conflict in Central Europe. According to the United Nations, more than 13,000 people have died there so far. The US Command in Europe (EUCOM) recently stopped monitoring the situation as a “potential crisis” but as a “potential imminent crisis”.

Putin is under pressure

According to many observers in Ukraine, this, too, is in the interests of Ukrainian President Volodomir Silinsky. When he was elected two years ago, he promised to resolve the conflict peacefully. However, the former actor has yet to achieve any success. In a poll, more than 40 percent of Ukrainians approved of implementing the Minsk peace plan reached in 2015 through the mediation of Chancellor Angela Merkel. In addition to a ceasefire, the plan provides for the front’s disarmament, amnesty for separatists, elections in separatist areas and the granting of autonomy. Only a fifth of the population supports the military takeover of the area.

Commander of the Ukrainian Army Ruslan Khomchak is convinced that Zelensky will not have a problem in ordering a new offensive in the Donbas. In the face of the current forces of the pro-Moscow separatists, he discovered the chances of victory, he said. However, Khomchak also knows that Russia is not looking for a military solution. If the separatists in Luhansk and Donetsk officially ask Moscow for help to protect their new Russian citizens, Putin will be forced to act. After more than 20 years in power, the 68-year-old has a reputation for never turning away from the conflict.

Under Putin, Russia has always viewed itself once again as a self-confident military superpower armed with the latest nuclear weapons – even if former US President Barack Obama once rejected the country as a regional player. Despite the high costs, Russia seized the Crimea peninsula on the Black Sea from Ukraine in 2014, and is still fighting a war in Syria today, and has expanded its presence in the Arctic, for example, where it is claiming mineral resources.

In 2008, Russia put its neighbor Georgia in its place when the South Caucasus Republic attempted to retake the breakaway region of South Ossetia by force. Russia has not only deployed thousands of soldiers there and in Abkhazia. It also recognized both regions as independent states. Russian commentators have long asserted that such a scenario as in Georgia or Crimea would also be possible in Donbas.

It is already certain that not only weapons and ammunition will reach the region from Russia, but also mercenaries. Donbass is mainly useful to Russia as a means of exerting pressure on the Ukrainian leadership, but also for solving demographic problems, writes the Moscow Carnegie Research Center. Russia continues to receive a large number of immigrants from Ukraine.

For the European Union and the USA, the conflict between Moscow and Kiev will be a test case for Russian relations once again one way or another. Recently President Zelensky had to wait a long time to make a phone call to new US President Joe Biden, who is considered a friend of Ukraine – pledging solidarity with the ex-Soviet republic and NATO. The United States also supplies the country with weapons. But neither in Washington nor at NATO headquarters in Brussels should be involved in open conflict with Russia’s nuclear power.

One of the reasons is that Ukraine to this day is only a partner country and not a member of the Defense Alliance. According to diplomatic circles, no one can have an interest in risking a third world war because of a regional conflict. NATO initially reacted with increasing concern and was closely watching the movements of Russian forces.

It is currently considered a horrific scenario that Russia may plan a major offensive with the rebels in eastern Ukraine to secure access to the North Crimean water channel to the Dnieper River. Moscow can end the chronic water shortage in Crimea. The Ukrainian government has cut off the water supply to Crimea after the Russian annexation of the peninsula.

Above all, the Ukrainian leadership has long not hidden the fact that it needs the West to put pressure on Russia – and not just through sanctions. In Kiev, it is believed that Zelensky may risk escalating the conflict with Moscow in order to gain more influence if Russia annexes Donbas. Ukraine has always wanted to persuade the European Union to stop the Russian Baltic Sea gas pipeline Nord Stream 2. It fears for billions in revenue from transporting Russian gas to Europe. If conflict flares up in eastern Ukraine, accounts in Kiev, Nord Stream 2 may fail.

The EU Special Report sounds the alarm: many shortcomings, hardly any...