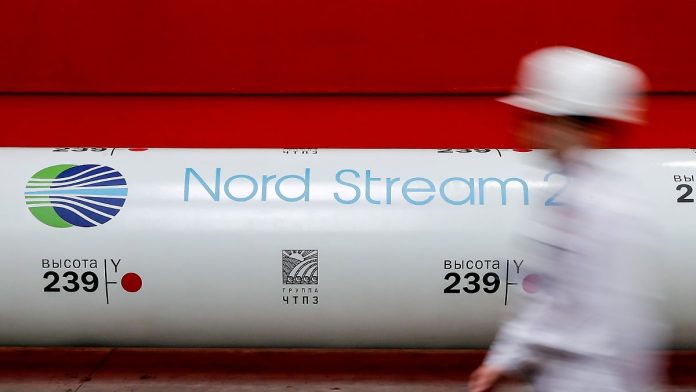 The transatlantic dispute over Nord Stream 2 enters a new round. Republican Ted Cruz has passed a Senate vote that could lead to new sanctions on the controversial gas pipeline. But Cruz forgoes the blockade elsewhere.

The US Senate will vote again in January on possible sanctions against the Nord Stream 2 gas pipeline. Republican Senator Ted Cruz passed the vote. In return, he ends his siege on several decisions related to personnel affairs by the government of US President Joe Biden, such as the news portal “The Hill”. mentioned.

Consequently, the settlement between Cruz and Senate Majority Leader Chuck Schumer was finalized at a nightly meeting in Washington. Nord Stream 2 is scheduled to be voted on before January 14th. A majority of 60 votes is required to pass the sanctions. There are currently 50 Democrats and 50 Republicans in the Senate. In the event of an impasse, Democratic Vice President Kamala Harris decides.

The Nord Stream 2 gas pipeline project between Russia and Germany has long faced sharp criticism in the United States. Washington sees this as another step toward making Europe dependent on Russian energy supplies. Observers note, however, that the United States is also trying to sell its gas in Europe.

US President Biden, who in fact also rejected Nord Stream 2, and then Chancellor Angela Merkel were in a long-running dispute over Nord Stream 2 in the summer. Already settled. As a concession to his close partner Germany, President Biden suspended existing sanctions against the project; In return, Germany, for example, undertook to protect the interests of Ukraine, through which a significant part of the Russian gas supply to Western Europe has so far been successfully passed. But from Washington’s point of view, the details of the agreement are being worked out very slowly.

To put pressure on the US government, Cruz also blocked Senate approval of dozens of US government candidates for government positions and embassies. After the agreement, more than 30 government posts were filled, including the ambassadors of Japan, Vietnam, Poland and Belgium. There has been no confirmation yet of Germany’s ambassador-designate, Amy Guttmann.

Nord Stream 2 is complete, however, the authorization to operate is still missing. Relevant actions by the German authorities are currently suspended for official reasons. According to the Federal Network Agency, there will be no final decision on this before the summer.

Recently, the gas pipeline has been repeatedly referred to as a means of applying pressure against the deployment of Russian forces on the border with Ukraine. Federal Economy Minister Robert Habeck did not rule out recently that the gas pipeline would stop if the situation escalated. “The other question is what will happen if Russia continues to violate Ukraine’s territorial integrity and the situation escalates,” he told Frankfurter Allgemeine Sonntagszeitung newspaper. Any other military aggression cannot be without serious consequences. “There can be no ban on thinking.” According to Habek, the pipeline has long been a geopolitical mistake. “All European countries, with the exception of Germany and Austria, have always been against it.” But Chancellor Olaf Schultz did it announced against himTo combine the operating permit for the pipeline and the Russian deployment.

See also  The conflict in Ukraine: The Pentagon fears a Russian attack