Home Economy Financial Resources – Women are particularly scarce in the upper echelons of... 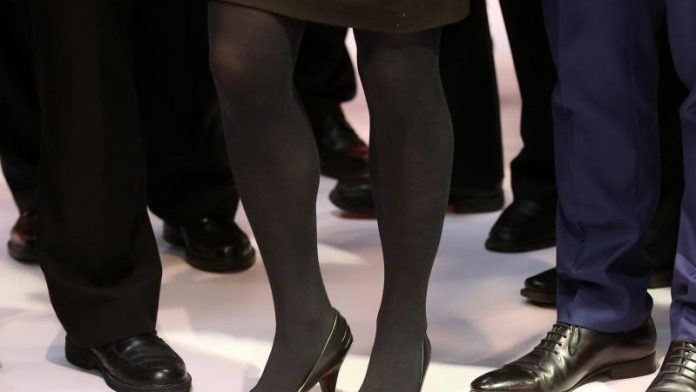 BERLIN (dpa) – Board members are usually male and often economists: According to a study, women are rarely represented on the upper floors of former listed startups.

“Young companies are repeating the design flaws of the previous generation: They grow without women,” the managing directors of the nonprofit Albright Foundation Webeck Ankersen and Christian Berg wrote in the study.

Therefore, start-ups in Germany are mostly founded by men. Women in the world of business and politics now want to change that with a network of founders.

In the 10 companies established in the last 15 years represented in one of the DAX family indexes, the proportion of women on the Executive Board was according to the information 5.4 percent. The average for the 160 firms from Dax, MDax, and SDax is 12.6 percent.

“With an initial public offering, or at least with inclusion in one of the Dax indexes, companies reach a size and degree of maturity that requires a different entrepreneurial self-image than a startup,” Ankersen and Berg argued. The German-Swedish Allbright Foundation supports more women and diversity in business management positions.

With the exception of online furniture retailer Home24 and pharmaceutical company Medios, according to the study, all board members of young companies that have been included in one of the Dax indexes for a maximum of five years are made up of only men.

The study continues, “New CEOs are recruited primarily from the founders’ personal network.” Board members are often male and often more economic than the average company in the Dax family. “Founders often surround themselves with people who look a lot like them and stick to them.”

To facilitate startup founders’ access to capital and contacts, about 60 large corporate managers and politicians have created a support network. Under the name “Encouraging Adventures”, they want to accompany and support young companies in all stages of growth, as long as at least one woman belongs to the founding team.

There are also plans to create a fund of 100-200 million euros from which to invest. From a network standpoint, women-run startups still have a harder time raising capital. Supporters of the network include former Minister of Economic Affairs Brigitte Zypris, chair of freight transport at Deutsche Bahn, Sigrid Nicota and Douglas president Tina Muller.

According to the Allbright Foundation, on April 1, 98 men and 11 women served on the boards of 30 companies that converted to Dax, MDax, or SDax in the past five years. This corresponds to 10.2 percent of women. In the upper echelons of traditional spin-off companies that have become public as separate companies, 17.2 percent are reported to be women. These companies are often aware from the parent company of the strategic importance of a diverse management team.

The quota is for women only for large companies

Other companies listed or involved in the determination that do not fall under this requirement will have to justify in the future whether they plan to board without women—that is, if they mention “zero target value” in their reports. If this does not happen, there is a risk of fines. The law has yet to be passed by the Federal Council.

According to the foundation, Delivery Hero is the only company in the top 30 league of DAX companies that still sets a “zero target size.” The company announces in its annual report that the formation of the Executive Board has proven itself. “Of course, this does not rule out an increase in the proportion of women at this managerial level.”