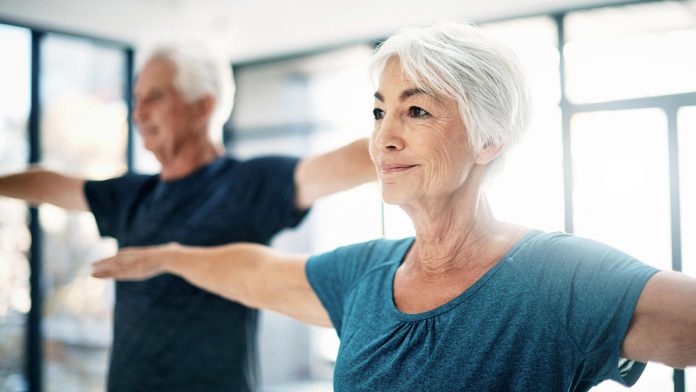 Sports cannot stop dementia. British scientists have now come to this conclusion in a study. So should the elderly give up sports rather?

It is considered certain that exercise reduces the risk of entering it Alzheimer or other forms of dementia. However, it has been controversial until now whether physical exercise can slow the progression of the disease.

A research group at Oxford University investigated this question. They found that although exercise increases the fitness of patients with mild to moderate dementia, it cannot stop the disease itself. The decline in cognitive abilities “does not slow down”. The scientists published the results of the study in the British Medical Journal.

The training program did not lead to any improvement

494 dementia patients from England participated in the study. 329 participated in an exercise program: They took 60 to 90 minutes of classes in a gym twice a week for four months, and were also asked to exercise at home for an hour each week.

Participants averaged 77 years of age and were assessed six and twelve months after the start of the program. Doctors found that cognitive abilities decreased in both groups. In the group with an exercise program, the values ​​were even worse than in the patients who did not exercise. However, the difference is small, which is why the clinical significance of the study findings is “uncertain,” the researchers assert.

Expert Brendon Stubbs, from the Institute of Psychiatry at King’s College London, explains that the results of the study are nonetheless “extremely important” for the treatment of Alzheimer’s patients. Previous, smaller studies have shown that exercise can prevent or improve symptoms. It is now clear that the search for “effective lifestyle interventions” that can halt cognitive decline must continue.

See also  Here are the reasons why you should follow a low-fiber diet!

Dr. commented. Elizabeth Coulthard, Senior Lecturer in Dementia and Neurology at the University of Bristol, UK. “Physical activity still holds promise for delaying the onset of dementia in people at high risk of developing the disease,” she told British media. “On the whole, physical activity and healthy aging go hand in hand. However, it is difficult to address physical activity as an intervention to improve specific disease processes.”

According to the World Health Organization (WHO), around 50 million people worldwide suffer from dementia. About two-thirds of them have Alzheimer’s disease. About ten million people are diagnosed with dementia each year.

Sleeping six hours or less between the ages of 50 and...