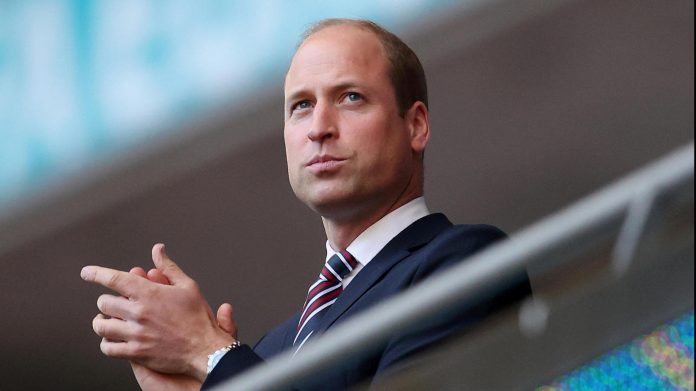 After the European Championship final between England and Italy, three English footballers were subjected to racist insults via Instagram. Prince William is now highly critical.

When England international Bukayo Saka missed the final penalty kick on July 11, he made Italy the European champions. For many England fans, it’s a reason to insult the 19-year-old on social media. For example, one user wrote: “Just pull! You’ll never be needed in the English team again.”

His teammates Jadon Sancho and Marcus Rashford, who also failed on penalties, were also forced to a lot of abuse Acceptance. Some of the comments did not stop at the racist insults and hinted at the skin color of the three footballers. British Prime Minister Boris Johnson urged more respect on Twitter. “This English team deserves to be revered as champions and not subjected to racial humiliation.”

“This must stop now.”

Prince William also spoke on Twitter. “I am disgusted by the racist abuse against English players after yesterday’s match.” The Queen’s grandson, who witnessed the final himself at Wembley, wrote, “It is completely unacceptable for players to put up with this abhorrent behaviour. It must stop now and everyone involved must be held accountable.”

The FA is also horrified by the “disgusting behavior” of fans and now wants to stamp out racism. “We will do what we can to support the affected players, while pressing for the strongest possible sanctions for anyone responsible,” a statement said.

Italy beat England 3-2 on penalties in the final at Wembley. The four-time world champion won his second European title. But the dream faded for the British national team. Bukayo Saka has yet to comment on the defeat via Instagram. The soccer player also gets a lot of encouragement from some fans. Someone wrote, for example, “Cheer up, man!” “You’re 19, there’s still a lot to go.”