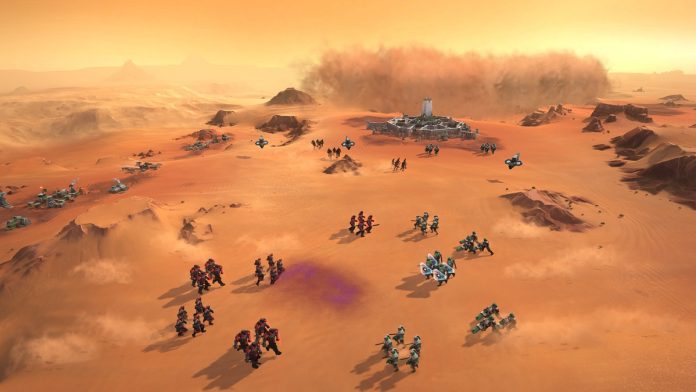 Anyone who is involved in the early access phase of the 4X/RTS hybrid Dune: Spice Wars will surely be interested in what the developers have planned for this year. And that is exactly what has now been presented in the form of a roadmap.

That’s why she says: “The roadmap promises some big new features like multiplayer, a new faction and hero units. But that’s not all, the content can still be changed or new content added. Along with the new features, players can expect incremental improvements with each update.

As seasoned developers of Early Access, Funcom and Shiro Games value community feedback and take it very seriously, which is why the features mentioned in the roadmap are subject to change. Multiplayer is currently the top priority. Other major changes are then scheduled, including a new faction that has yet to be announced. Legendary characters from Dune will also be integrated into the game as advisors and controllable hero units. The Air & Sand update reveals more in-depth warfare, complete with new units and tactical items.”

You can see the roadmap here:

about this end to end You go to the official website of the game.

We have more news, information and videos on the topic of “Strategy” for you here.

This is what we believe:
Fans will definitely be looking forward to the upcoming multiplayer mode. However, we are excited to see which faction will be available next.