Home science Do you suffer from migraines? Try the Mediterranean fish diet 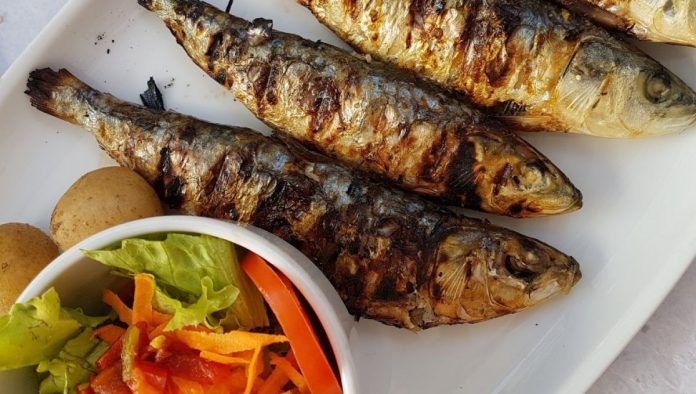 By following a Mediterranean diet with plenty of fatty fish, you may reduce the frequency of migraine attacks. A study published in the British Medical Journal It is suggested that people who suffer from headaches should prefer a diet rich in omega-3s to reduce these discomforts.

Omega-3 fatty acids, found in oily fish as well as some nuts and seeds, and omega-6 fatty acids, found in vegetable oils, are the precursors of pain-regulating molecules called oxylbine. Molecules derived from omega-3 reduce pain, while molecules derived from omega-6 amplify it, The guard says. Dr. Christopher Ramsden and colleagues at the National Institute on Aging in Baltimore studied whether changing the proportion of these fats in the diet had an effect on the frequency and severity of migraines.

Significant decrease in the number of migraines per month

So they studied 182 volunteers who had migraines for between five and twenty days a month, and randomly assigned them to follow one of the three prescribed diets for sixteen weeks. The first increased omega-3 without changing omega-6, the second increased omega-3 and decreased omega-6, and the third was a control diet with a classical level of fatty acids. These different diets are designed to be as similar as possible, with the main difference being the type of oil or butter and the protein source (oily fish vs. low-fat fish or poultry).

The study showed that the two special diets led to increased levels of oxylipin compared to the control diet. Migraine frequency was significantly reduced: two headache days per month for the group following the first diet, four days for the one following the second. While the diet did not specifically reduce headache severity, the research team found that migraines tended to be shorter.

Most of the study participants were women, and women were three times more likely to have migraines than men. So this solution may not work for men or children. It’s not yet clear if other sources of omega-3 fatty acids are effective, so that vegetarians can benefit from them, said Duane Mellor, a registered dietitian and nutritionist at Aston University in Birmingham.

We can’t be certain the benefits are solely related to changes in fatty acids, said Tom Sanders, professor emeritus of nutrition and dietetics at King’s College London. “For example, by increasing the consumption of salmon, we can also increase the intake of omega-3 fatty acids, as well as many other micronutrients.”

[Société] Why do people get fewer vaccinations in Reunion than in...