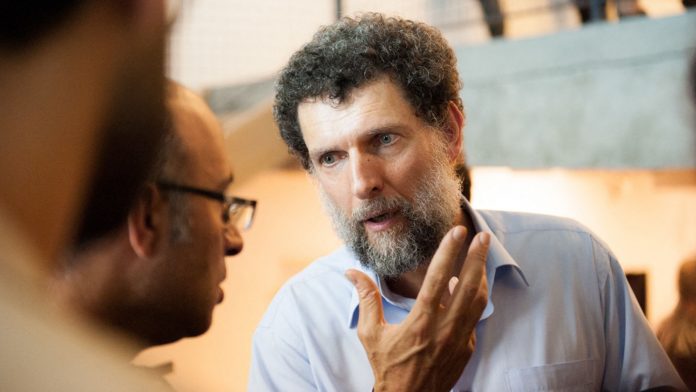 Activist Kavala has been imprisoned in Turkey for four years without a court ruling, and ten ambassadors are now calling for his release. Including German. The Turkish government is angry.

The Turkish Foreign Ministry summoned the ambassadors of Germany and nine other countries. The reason is their announcement that they demand the immediate release of human rights activist Osman Kavala. “Ambassadors who make a recommendation and proposal to the judiciary in an ongoing process are not acceptable,” Interior Minister Suleyman Soylu wrote on Twitter. The request casts a shadow over the diplomatic representatives’ understanding of law and democracy.

State-run Anadolu Agency reported that the appointed ambassadors included diplomats from Germany, the United States and France, as well as foreign representatives from Canada, Denmark, the Netherlands, Norway, Sweden, Finland and New Zealand.

The ambassadors had previously stated that “the ongoing delays in Kavala’s trial, including the merging of various cases and the creation of new allegations after the acquittal, is casting a shadow over respect for democracy, rule of law and transparency in the Turkish judicial system.” They wanted a fair and fast solution.

His release was followed by another arrest

Businessman Kavala has been imprisoned in Turkey for four years without being convicted. The 63-year-old was arrested on charges of financing and organizing the Gezi protests in Istanbul in 2013, which were critical of the government. In February last year, a court acquitted him of the charge.

Kavala was released from prison after two and a half years in prison, but was arrested again a few hours later – this time in connection with the attempted coup against Erdogan in 2016 and allegations of espionage.

In January this year, the appeals court overturned the first acquittal ruling. If found guilty of espionage, Kavala faces life in prison. Kavala’s next trial is scheduled for November 26.

Council of Europe calls for release by November

Kavala considers himself the victim of a conspiracy by the government of President Recep Tayyip Erdogan. In a recent written interview with AFP, Kavala said the real reason for his continued detention was “the government’s need to keep alive the illusion that the Gezi protests were the result of a foreign conspiracy.”

In September, the Council of Europe threatened Turkey with disciplinary action, citing a ruling by the European Court of Human Rights if it did not release Kavala by the end of November.

Born in Paris, Kavala runs one of the largest publishing houses in Turkey and, together with his organization Anadolu Kültür, advocates dialogue between ethnic groups, for example in the Kurdish conflict or with the Armenians. He was also one of the founders of the Turkish branch of the Open Society Foundation of American philanthropist George Soros. The Foundation encourages democratic movements in many Eastern European countries.