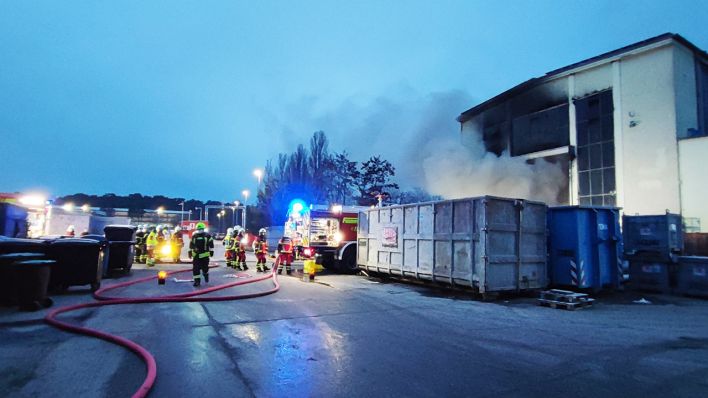 Heavy smoke builds up at Ludwigsfelde Industrial Estate in Teltow-Fläming District: A warehouse containing electronic garbage caught fire there. Currently firefighters have put out the fire.

A huge fire broke out at the Ludwigsfelde industrial area (Teltow-Fläming) on ​​Thursday morning. The fire department informed the RPP at its request that a fire broke out in a 300-square-meter warehouse containing electronic waste owned by a company for disposal and recycling.

The fire is currently extinguished. Firefighters were on site with 70 to 80 emergency services. According to the fire brigade, the work was difficult at first as there was only one access opening in the warehouse.

The industrial park is located north of Ludwigsfeldek. The smoke did not move “favorably” into the city, but in a different direction, said Matthias Richter of the Rbb’s Ludwigsfelde Volunteer Fire Force.

The Brandenburg / Howell Fire Brigade Control Center initially issued a hazard report due to heavy smoke growth. It was lifted again in the morning.

The cause of the fire is not yet clear. The managing director of the company involved, Becker + Armbrst GmbH, Jens-Christian Somer, could not provide any information on the extent of the property damage. He told the RPP that people were not injured.