Home Top News Digitalization in companies as a way to prosper 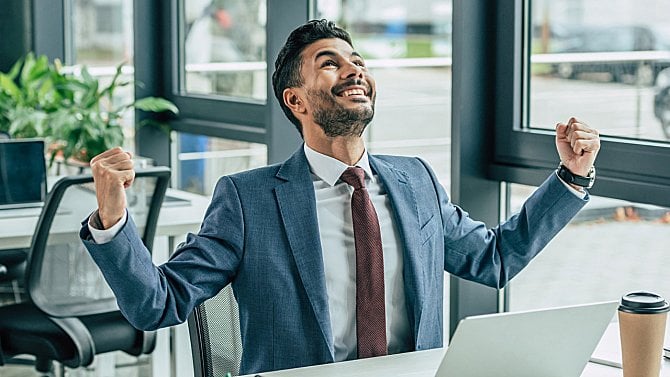 The global innovation environment is rapidly changing under the influence of intense digitalization, abstract investment and China’s growth as an increasingly powerful technological warrior. Most of the leading technology companies are located in the US or China. EU companies are lagging behind regionally.

According to the European Investment Bank (EIP), although it accounts for one-fifth of the companies with the highest R&D costs worldwide, most of them do not operate in areas such as consumer electronics, digital infrastructure or cyber security.

There are many relatively old and small companies in the EU that do not invest in digital technologies. The main obstacles in this sector are the regulation of labor market and business activities and the lack of financial resources. According to EIB analysts, these are obstacles to whether political decisions are needed to eliminate or reduce them. Of course, small businesses around the world face similar problems.

Within the digital intensity, the authors of the study found out whether the company has implemented one of the four modern technologies determined by the industry. If the company restructured around one of them, it would have gained more value. The parameter of the digital infrastructure determined its availability and relevance to investments. The share of the company’s total investment is represented by indicators of software, data, solutions for their implementation and investment in the progress of organizational and business processes. The component of the strategic monitoring system is covered by the question of whether there is a solution for a properly established practice and business monitoring.

Against the European Union and the United States

The technological or optimal digitalization lag of European companies over American companies is reflected in all sectors. For example, in the manufacturing sector, 66 percent of EU companies have implemented at least one industry-related modern digital technology. In the United States it is 78 percent.

What technologies are they?

The authors of the study assigned four technologies to each field monitored, namely industry, services, applications and construction, which they consider to be industry related. The summary includes 3D printing, robots, IoT, digital operating systems, virtual reality and big data.

The gap between the EU and the United States is widening significantly in construction. European companies in the sector have a digital adoption rate of 40 percent, up from 61 percent in the United States.

There are similar imbalances on the part of companies that have completely restructured their business with the help of at least one digital technology. For example, construction companies in the EU have done five percent of the cases and American companies 17 percent.
In the utility sector it is 15 per cent respectively. 20 percent in favor of U.S. companies.

IoT technologies are more widely used in the United States than in the EU. This is associated with high levels of automation of many functions. The use of the Internet of Things allows many activities to take place without human intervention. For example, in the widely mentioned construction industry, American companies often use drones.

Although the identified inequalities represent significant differences in the level of digitalization and the involvement of modern technologies between European and American companies, there are several exceptions. For example, the extent of the spread of so-called cognitive technologies, in which the creators of the study, among others, big data and artificial intelligence do not differ between the two areas. However, this only applies to emerging (start-up) or expanding (benchmark) companies. But there are also differences between them. For example, blockchain technology is often used by American companies.

The Czech Republic ranks third internationally. The creators of the EIBIS code rate it as one of the so-called favorites.

The Czech Republic has an average digital intensity within the EU, especially those implementing partial branch technologies. It surpasses the United States in most of the species observed. In terms of the index, the services and utility sectors are mainly digitally advanced. Representatives of the Czech industry are worse off in an international comparison.

In both regions, large companies are increasingly adopting digital. Large companies are not fundamentally very different. The main differences are between the scale of digitalization of small European and American companies. Highly digitalized companies are more likely to hire new employees, while less developed companies tend to lay off workers. However, the general public often believes that technology is changing human labor. It is therefore essentially a contradictory finding of the EIP study, which compares the two areas.

The increase in the number of employees is not the only consequence of digitalization. Businesses that use modern technologies on a large scale also generally offer higher pay rates. As a result, they are looking for businesses that bring in more value.
Companies that have implemented at least one relevant industry technology achieve higher labor productivity. The creators of the study measure it by turnover and the number of employees. Even in this comparison, American companies perform better than European companies.

See also  ei is Masoruti. Send as much meat as you can in a year

More seriously digitalized companies are showing a similar trend in terms of investments. In both the EU and the United States, they spend more on research and development, and less on equipment. This is especially true for manufacturing industries. Other findings from the EIB study, which focused on computer technology, ie investment in software, hardware and services. Digitized companies spend a small portion of their total investment on these assets and services.

In innovative fields, modern technologies, without any surprise, are being used at a higher rate in traditional industries. European and American companies are not fundamentally different in terms of digitalization in the fields of pharmacy, biotechnology, electronics, optics or computer products and knowledge-intensive services. However, the representation of EU companies is significantly lower in some sectors, and there is a shortage of real innovation leaders on the old continent. As a result, U.S. companies are getting higher returns on investment in research and development.

According to EIB analysts, this is due to the low willingness of the European business environment to accept risk and make uncertain but innovative investments. Among other things, the situation can be explained by the absolutely inadequate ratio of the size of the venture capital markets. Europe lags behind not only the United States but also the fastest growing Asian countries.

Olympia 2021 – Drama in the Modern Pentathlon: Modern is different