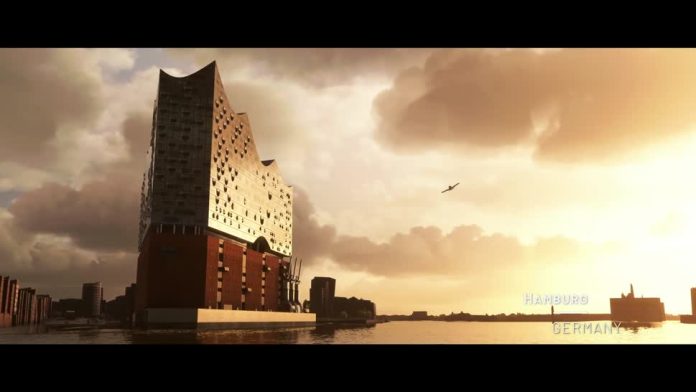 It’s time today, the most important global update (#6) is now available for Microsoft Flight Simulator players from Germany, Austria and Switzerland. This provides many improvements for regions and cities in the German-speaking region.

Microsoft Flight Simulator was launched a good year ago and has not only impressed fans of flight simulators with its wealth of details. But that doesn’t mean it couldn’t be nicer. Since then, developer Asobo and Xbox Game Studios have been providing so-called world updates on a regular basis.

The sixth of these updates brings new aerial photos, high-resolution elevation maps, and several brand-new 3D cities in Germany, Basel in Switzerland, Graz and Vienna in Austria, and of course the Alps shouldn’t be missing. The sixth global update was certainly a big deal for Asobo Studio and Jörg Neumann, after all, the head of Microsoft Flight Simulator is German.

In addition to the mentioned modified cities, the update also introduces 100 points of interest and several airports such as Lübeck, Stuttgart, Klagenfurt and St Gallen. Sights include the Elbphilharmonie in Hamburg, the Olympic Park in Munich, and Neuschwanstein Castle.
Microsoft Flight Sim Update 6 for Germany, Austria and Switzerland

Global Update 6 also introduces more than modified cities and landscapes, because with the DACH update, the so-called Local Legends also appear for the first time: these are the typical and legendary planes of a particular region and there is hardly a better suited plane for us than the Junkers JU-52, Known as Aunt JU. However, the plane will not be free, but it will cost 14.99 euros. By the way, the officials are now available Release Notes (1.19.8.0) Ready.