Home Economy Condor flies on an Airbus A330-200 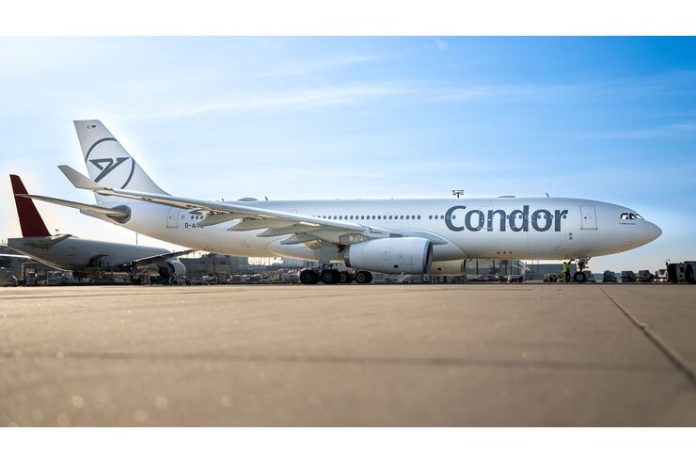 Condor achieved official commercial flight certification with its first D-AIYC-registered A330-200. Four cars fly temporarily for the airline before the arrival of the new A330neo.

The first flight of the currently approved Airbus A330-200 with vacationers, mostly from tour operator Alltours, will take off on Saturday from Düsseldorf to Palma de Mallorca.

“For Condor, the passenger flight on the first A330-200 is an important step in preparation for the renewal of the fleet … In the past few weeks we have been intensively preparing for the day and for the use of the aircraft … ,” says Christian Schmidt, COO of Condor. “Even if the aircraft was initially used only for transportation as part of our fleet modernization, we offer our guests Economy Class and Business Class on these flights…”

The Airbus A330-200 with registration D-AIYC will initially be used on short and medium haul routes, and possibly also on long haul routes in the summer. Unlike the new Condor A330neo, which will fly in three classes, the Airbus Condor A330-200 will be a two-class configuration with 240 seats in Economy Class and 22 seats in Business Class.

Soon on board will be the free Condor FlyStream wireless internet entertainment programme, which guests can easily stream from their mobile devices.

In July 2021, Condor announced that it had ordered 16 of its latest generation A330-900neo long-range aircraft. As a result, Condor, as the first German customer of the Airbus A330neo, relies on the latest technology. The first aircraft is expected in the fall of 2022, and the entire long-haul fleet of Boeing 767s is scheduled to be replaced by mid-2024.