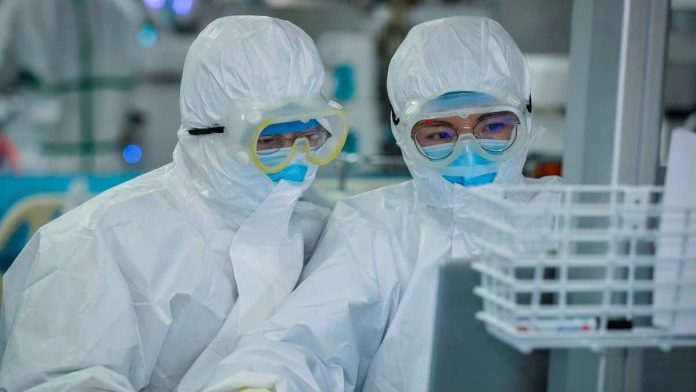 China on Tuesday reported the world’s first human case of H10N3 bird flu, a disease that usually affects birds, but authorities say the risk of the epidemic spreading is “extremely low”.

The 41-year-old patient, from the eastern city of Zhenjiang, was admitted to hospital on April 28 due to a fever. The Ministry of Health said that after a month, doctors concluded that he had the disease.

“The risk of widespread transmission (in humans) is extremely low,” he said in a statement, noting that the patient could be discharged from hospital soon.

Health authorities in Jiangsu Province have tested all contact cases and have not detected anyone infected with the virus so far. No details were given about the conditions of its contamination.

The Department of Health noted that H10N3 “does not have the potential to infect humans” and is “low pathogenicity” in birds anyway – meaning it is unlikely to cause disease.

The ministerial statement stated that no other human case of H10N3 has been reported anywhere else in the world so far.

Several strains of the virus that causes avian influenza have been found in animals in China, but massive epidemics in humans are rare.

Two other strains of bird flu, H5N1 (between 2003 and 2011), and then H7N9 (since 2013), spread contamination in Asia through direct contact with infected poultry. But cases of human-to-human transmission are still very rare.

The H7N9 virus has infected 1,668 people and killed 616 people since 2013, according to the United Nations Food and Agriculture Organization.

The coronavirus responsible for COVID-19 was first detected at the end of 2019 in the city of Wuhan (central China).

France has been affected since last winter by the H5N8 bird flu strain that has resulted in the slaughter of millions of poultry, especially ducks.