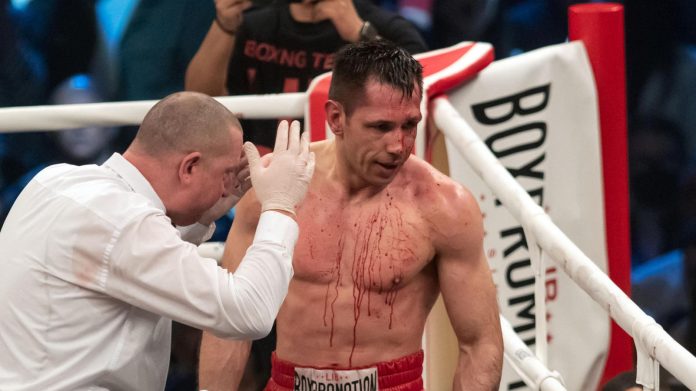 A big surprise: German boxer Felix Sturm lost the match with Stefan Schily on points. He missed his chance to fight for the world championship.

Felix Sturm unexpectedly missed his sixth chance at the World Boxing Championship. The 43-year-old lost Saturday’s elimination match at Westfalenhaal in Dortmund to Hungarian István Selye, who was four years his junior and thus missed the duel with Brett Liron Richards for the world championship belt.

Selye secured it, and the majority of judges saw him advance after twelve rounds. The super middleweight Sturm was already a five-time world champion, but with the important federations WBA, WBO and IBF.

Unfortunately, the battle was very chaotic.

“It was a tough fight. Something completely different from what I expected. Unfortunately, it was very dirty and unfortunately the referee left it. But I am an athlete and accept the referee,” Sturm said. He did not want to commit himself to a possible end to his career. “I’m talking to my family now, I’m still healthy. We’ll sit down with the promoter and then make the right decision.”

Early in the third round, Sturm was distinguished by a fight, but not a goal from Chile. The referee interpreted an action by the Hungarian as an accidental header that caused a cut in a storm. The former boxing world champion continued his usual wait-and-see style, trying to control the fight. However, his cutter had trouble stopping the bleeding over his left eye, and the seventh round had to be stopped with 38 seconds left. Only with the approval of the ring doctor allowed Sturm to continue the fight.

See also  Flick and Salih Hamidic: Chronicle of the Fall

Sturm wiggled in the eighth round

Szili became more offensive, working on Sturm with furious punch combinations. Shortly before the end of the eighth round, the Hungarian successfully passed a hook, and Sturm wiggled alarmingly for the first time. Contrary to Sturm’s hopes, Szili didn’t tire in the final rounds and confidently pushed his technique to the finish. Ten seconds before the end of the fight, Seely raised his arms victoriously.