Home World Kadyrov shows his fighters: Mariupol: The Russians are trying to penetrate the... 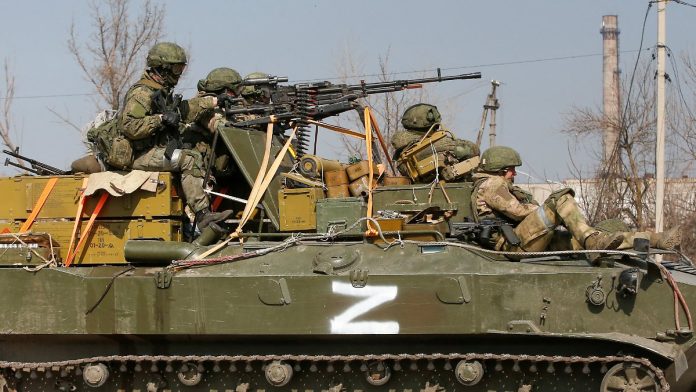 Kadyrov shows his fighters
Mariupol: The Russians are trying to get to the center

Russian forces have besieged the city of Mariupol in southern Ukraine for weeks. According to Ukrainian sources, Russian forces are still trying to capture the city center. Chechen leader Ramzan Kadyrov claims that his fighters are deployed in the city.

According to Ukrainian and Russian sources, fighting is still fierce around the port city of Mariupol. The Ukrainian General Staff said in its report this afternoon that the Russian army bombed civilian and military targets from the air and artillery. On the ground, Russian troops tried to advance to the city center. Ukrainian presidential advisor Oleksiy Aristovich also spoke of street fighting in Mariupol.

From the Russian side, the President of the Chechen Republic Ramzan Kadyrov posted videos about the alleged deployment of his fighters in Mariupol. Two days ago, the 45-year-old claimed that his soldiers had taken control of the city’s town hall. The information cannot be independently verified.

The strategically important industrial city and port is the only extension of the Sea of ​​Azov that Russia has not yet controlled. The city, which previously had a population of over 400,000, has been hard hit by the fighting since the start of March.

Together with Turkey and Greece, France is currently studying a rescue operation for the besieged civilian population. French President Emmanuel Macron said Friday evening in Brussels that when planning, there are already concrete talks with the mayor and a vote with Ukrainian President Volodymyr Zelensky. An agreement is also necessary with Russia, whose forces have besieged the city for weeks. At first there was no reaction from Moscow. According to Zelensky, approximately 100,000 people in the city are deprived of any supply of water, food, and electricity.

Rescue the deaf boy after days