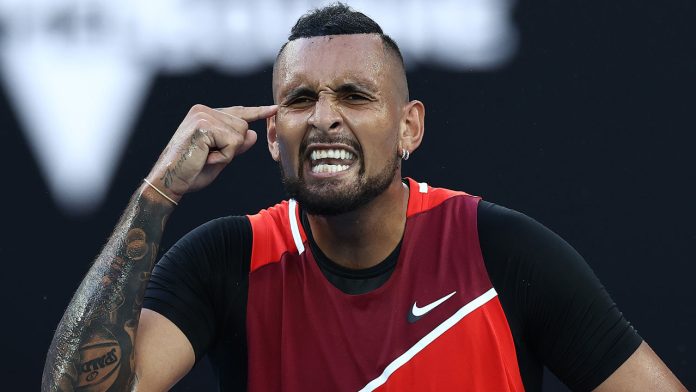 What a celebratory performance by Nick Kyrgios at the ATP 1000 Championships in Miami!

He overtook Australian eccentric Andrei Rublev – ranked 7th in the tennis world – 6:3, 6:0 and was in the third round after just 52 minutes.

At first, everything went according to the plan of Rublev, who was in fifth place. In the first set, he set his first pin prick with the breakout at 2:1. Next, Kyrgios (102nd in the ATP) came out with a solid performance. Kyrgios needed 28 minutes for the first set, the second was decided in 25 minutes.

1. Zverev’s victory after his fear

Alexander Zverev, however, has a lot to fight for. German-Croatian Borna Coric wrestles 6:4, 3:6 and 6:3 on the ground. For Zverev, this is the first win since his fright at Acapulco.

Yannick Sener even has a three match point save against Emil Rossovoori of Finland, but he’s still in the third round thanks to 6:4, 3:6 and 7:6 (8). Sener now meets Pablo Carreno Busta of Spain, who stopped David Goffin 6:3, 6:2.