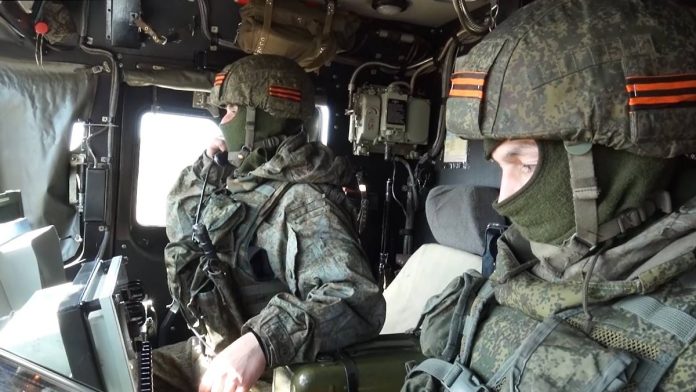 Counterattack east of Kyiv, Ukrainian forces gain territory. But now there is a new danger in the north of the capital. Russian forces cut off two small towns from the outside world. In addition, Moscow reported the destruction of the largest fuel base in Ukraine.

Russian forces appear to be ramping up their offensive efforts in northern Kyiv while withdrawing their forces to the east of the capital. Russian forces have surrounded the small town of Slavutych, north of the Ukrainian capital, according to local authorities. According to a Ukrainian statement, the attackers were stationed right on the city limits. Workers involved in the maintenance of the decommissioned Chernobyl nuclear power plant live in Slavutich. Shortly thereafter, Presidential Adviser Volodymyr Zelensky announced that an initial attack by Russian forces on the city had been repelled.

Russian forces also surrounded the city of Chernihiv, north of Kyiv. This was announced by Governor Wiatscheslav Tschhaus on television. The city is surrounded by the enemy and is bombarded with artillery and fighter jets.

Meanwhile, the Ukrainian army launched a counterattack in eastern Kyiv. According to British sources, Ukrainian forces regained control of towns and defensive positions 35 kilometers east of Kyiv. Britain’s MoD said this contributed to Russian forces being left behind because their supply lines were stretched out. According to the American findings, Russia also has significant problems with its precision-guided missiles. Three US officials familiar with the intelligence in Washington said the failure rate of high-tech weapons used in the attack on Ukraine was as high as 60 percent.

But the Russian bombing continued. Moscow announced that missile fire destroyed a large fuel depot near the Ukrainian capital, Kyiv. Defense Ministry spokesman Igor Konashenkov said that a fuel base in the village of Kalinivka near Kyiv was attacked Thursday evening with “high-precision cruise missiles Kalibr launched from the sea.” The Ukrainian army kept the “largest stockpile of fuel” there.

The Ukrainian armed forces have so far supplied their units in the center of the country from Kalinivka. Konashenkov also said that three Ukrainian air defense systems, four drones and other military equipment had been destroyed. The information cannot be independently verified. There was no confirmation initially from the Ukrainian side.

Ukraine: Russians arrive in Kiev – it looks like the army...